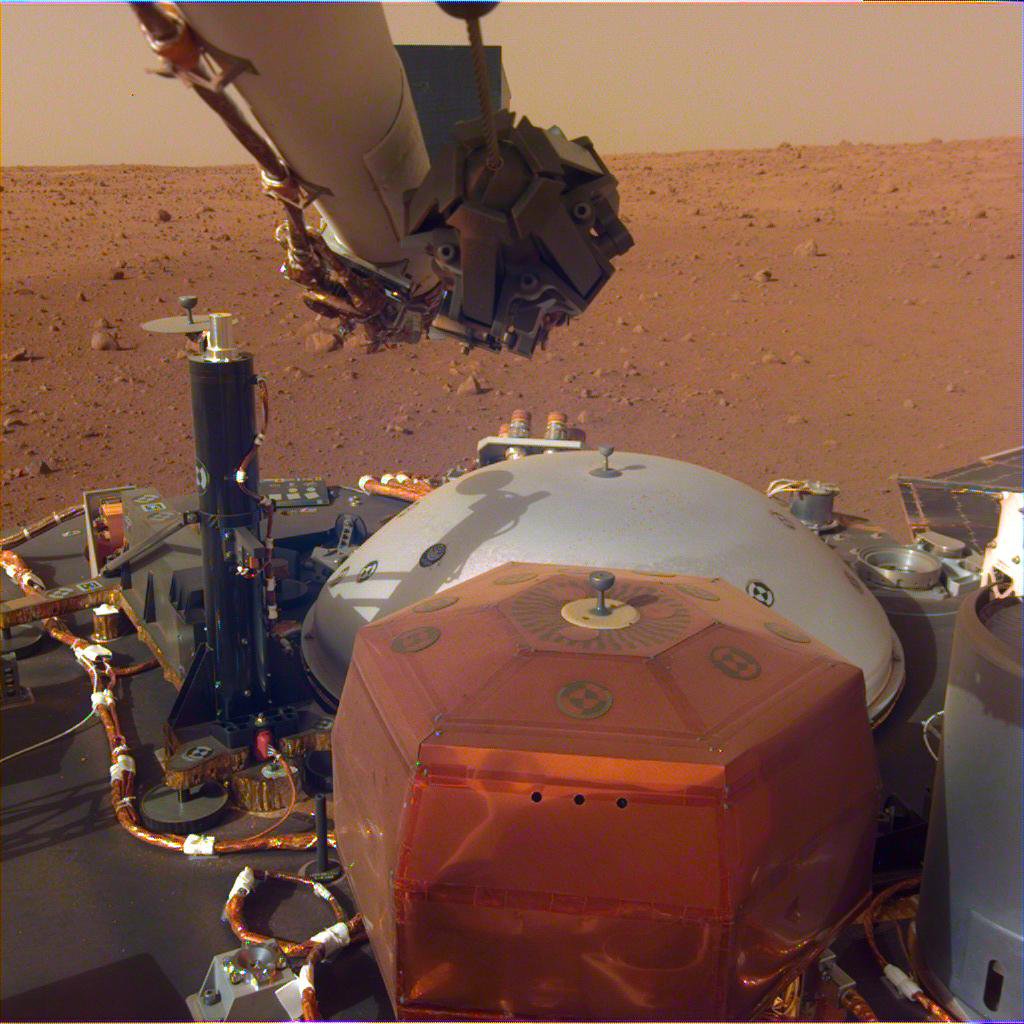 This image from InSight's robotic-arm mounted Instrument Deployment Camera shows the instruments on the spacecraft's deck, with the Martian surface of Elysium Planitia in the background.

The color-calibrated picture was acquired on Dec. 4, 2018 (Sol 8). In the foreground, a copper-colored hexagonal cover protects the Seismic Experiment for Interior Structure instrument (SEIS), a seismometer that will measure marsquakes. The gray dome behind SEIS is the wind and thermal shield, which will be placed over SEIS. To the left is a black cylindrical instrument, the Heat Flow and Physical Properties Probe (HP3). HP3 will drill up to 16 feet (5 meters) below the Martian surface, measuring heat released from the interior of the planet. Above the deck is InSight's robotic arm, with the stowed grapple directly facing the camera.

To the right can be seen a small portion of one of the two solar panels that help power InSight and part of the UHF communication antenna.

A number of European partners, including France's Centre National d'Études Spatiales (CNES) and the German Aerospace Center (DLR), are supporting the InSight mission. CNES, and the Institut de Physique du Globe de Paris (IPGP), provided the SEIS instrument, with significant contributions from the Max Planck Institute for Solar System Research (MPS) in Germany, the Swiss Institute of Technology (ETH) in Switzerland, Imperial College and Oxford University in the United Kingdom, and JPL. DLR provided the HP3 instrument, with significant contributions from the Space Research Center (CBK) of the Polish Academy of Sciences and Astronika in Poland. Spain's Centro de Astrobiologí­a (CAB) supplied the wind sensors.