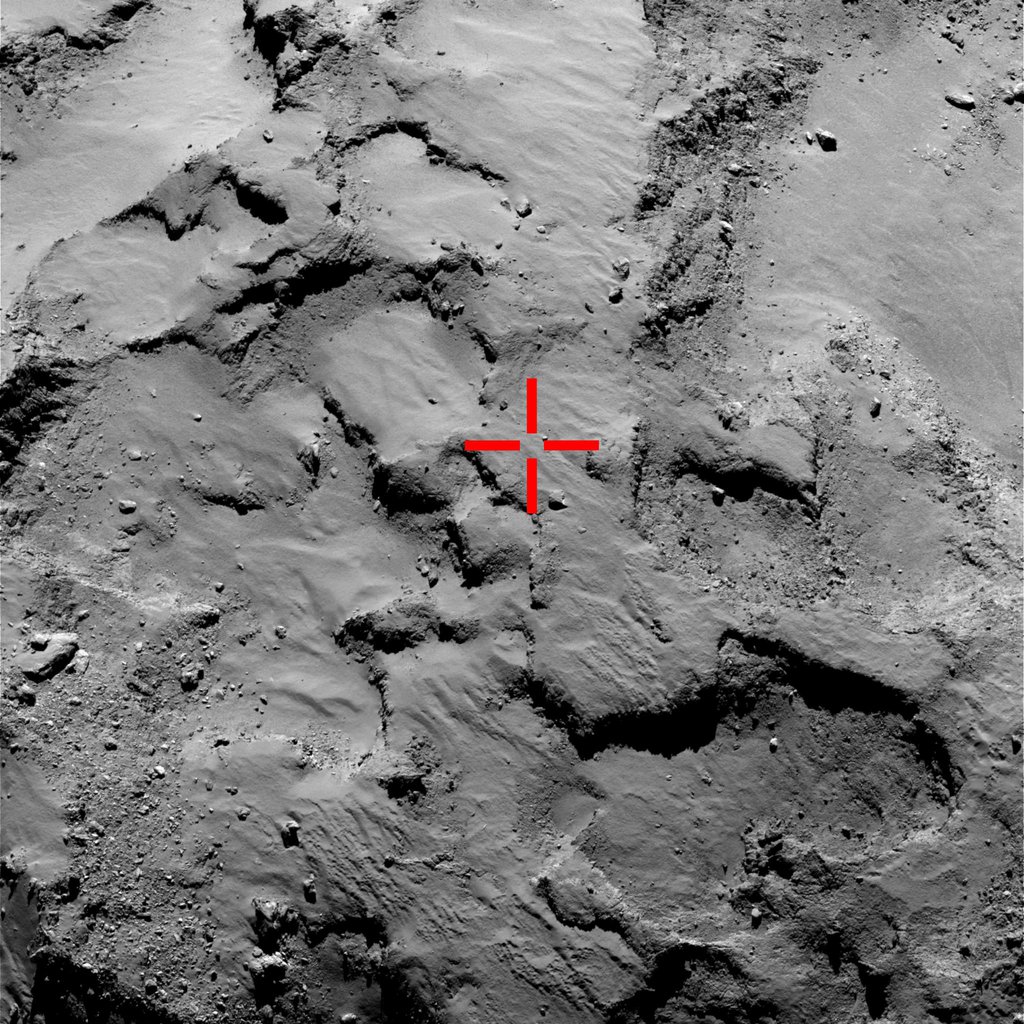 This image of comet 67P/Churyumov-Gerasimenko marks the first touchdown point of the Philae lander of the European Space Agency's Rosetta mission. The image was taken by the Onboard Scientific Imaging System (OSIRIS) on the Rosetta orbiter from a distance of about 19 miles (30 kilometers) on Sept. 14, 2014, nearly two months before Philae's Nov. 12 landing.

It is thought that Philae bounced twice before settling on the surface of the comet.

Rosetta and Philae had been riding through space together for more than 10 years. Philae is the first probe to achieve soft landing on a comet, and Rosetta is the first to rendezvous with a comet and follow it around the sun. The information collected by Philae at one location on the surface will complement that collected by the Rosetta orbiter for the entire comet.

OSIRIS was built by a consortium led by the Max Planck Institute for Solar System Research in collaboration with the Center for Studies and Activities in Space, University of Padua, Italy; the Astrophysics Laboratory, Marseille, France; the Institute of Astrophysics of Andalucia, Spain; the Scientific Support Office of the European Space Agency, the Netherlands; the National Institute for Aerospace Technology, Torrejon de Ardoz, Spain; the Technical University of Madrid, Spain; the Department of Physics and Astronomy of Uppsala University, Sweden; and the Institute of Computer and Network Engineering of the Technical University, Braunschweig, Germany. OSIRIS was financially supported by the national funding agencies of the German Space Agency, Cologne; National Centre for Space Studies, Paris, France; Italian Space Agency, Rome; Ministry of Education and Science, Madrid, Spain; the Swedish National Space Board, Solna, Sweden; and the European Space Agency Technical Directorate, Paris.