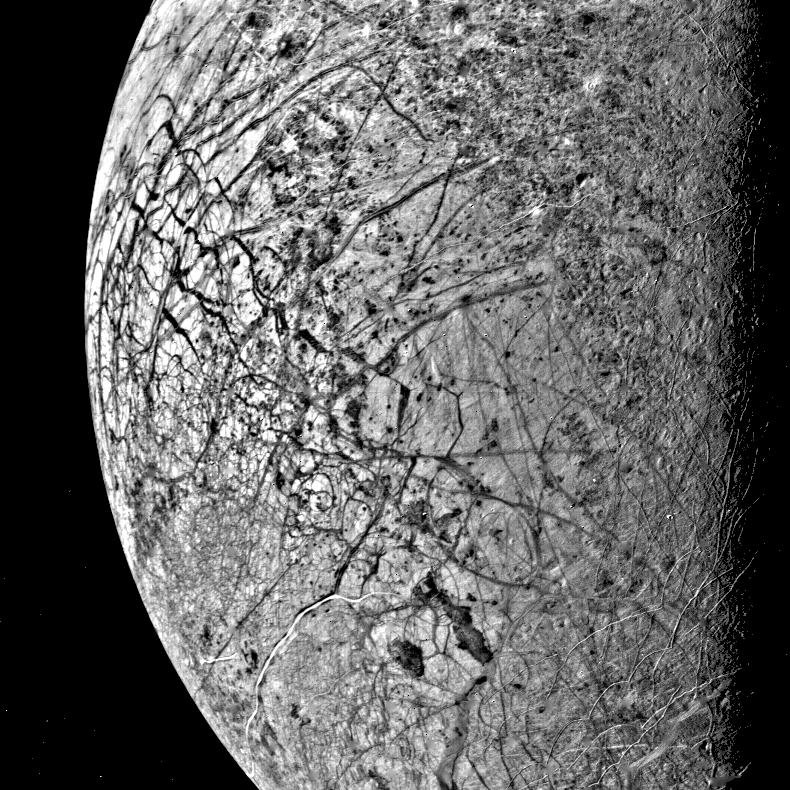 This image of Europa, smallest of Jupiter's four Galilean satellites, was acquired by Voyager 2 on July 9, 1979, from a range of 241,000 kilometers (150,600 miles). Europa, the brightest of the Galilean satellites, has a density slightly less than Io, suggesting it has a substantial quantity of water. Scientists previously speculated that the water must have cooled from the interior and formed a mantle of ice perhaps 100 kilometers (62 miles) thick. The complex patterns on its surface suggest that the icy surface was fractured, and that the cracks filled with dark material from below. Very few impact craters are visible on the surface, suggesting that active processes on the surface are still modifying Europa. The tectonic pattern seen on its surface differs drastically from the fault systems seen on Ganymede where pieces of the crust have moved relative to each other. On Europa, the crust evidently fractures but the pieces remain in roughly their original position.