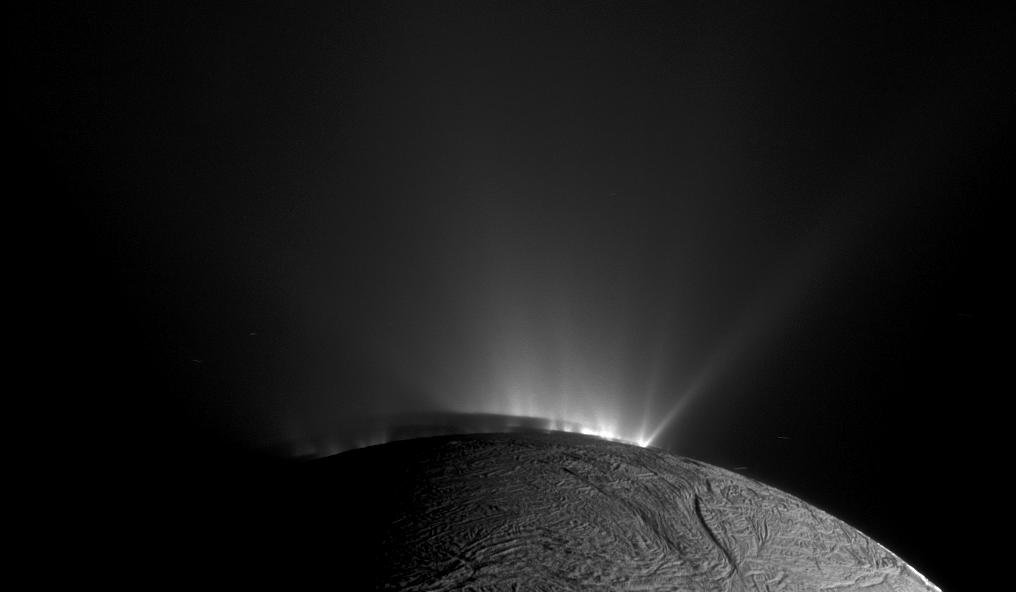 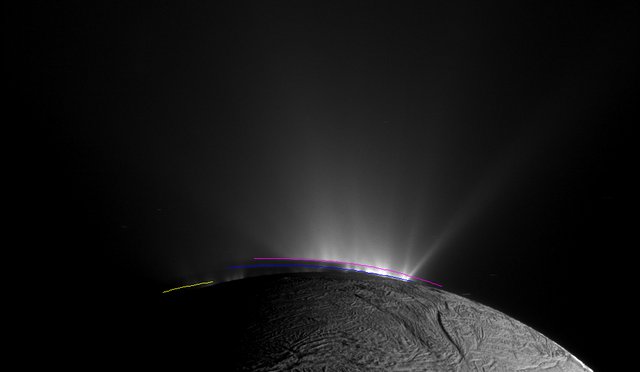 This Cassini narrow-angle camera image -- one of those acquired in the survey conducted by the Cassini imaging science team of the geyser basin at the south pole of Enceladus -- was taken as Cassini was looking across the moon's south pole. At the time, the spacecraft was essentially in the moon's equatorial plane. The image scale is 1280 feet (390 meters) per pixel and the sun-Enceladus-spacecraft, or phase, angle is 162.5 degrees.

The image was taken through the clear filter of the narrow angle camera on Nov. 30, 2010, 1.4 years after southern autumnal equinox. The shadow of the body of Enceladus on the lower portions of the jets is clearly seen.

In an annotated version of the image, the colored lines represent the projection of Enceladus' shadow on a plane normal to the branch of the Cairo fracture (yellow line), normal to the Baghdad fracture (blue line) and normal to the Damascus fracture (pink line).