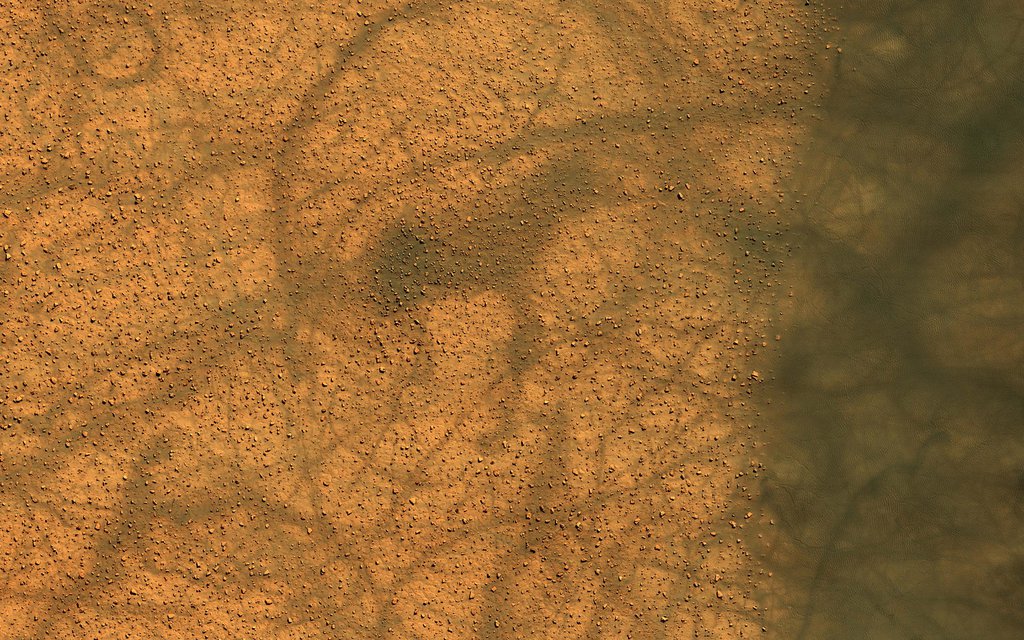 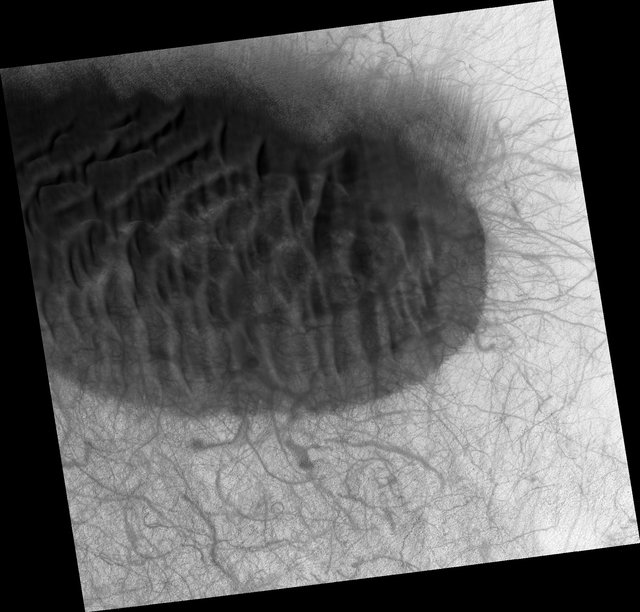 Dune fields in the high southern latitudes of Mars tell a mostly similar story during local summer. The dark dunes grow warmer than the surrounding bright plains because they absorb more sunlight.

Dust devils form over the warm dunes but then dance out over the plains, spinning and performing pirouettes and leaving conspicuous dark tracks as bright dust is lifted from the surface. Loops in the tracks can often be used to discern the direction traveled by the dust devils, where in some cases, one track clearly overprints the other.