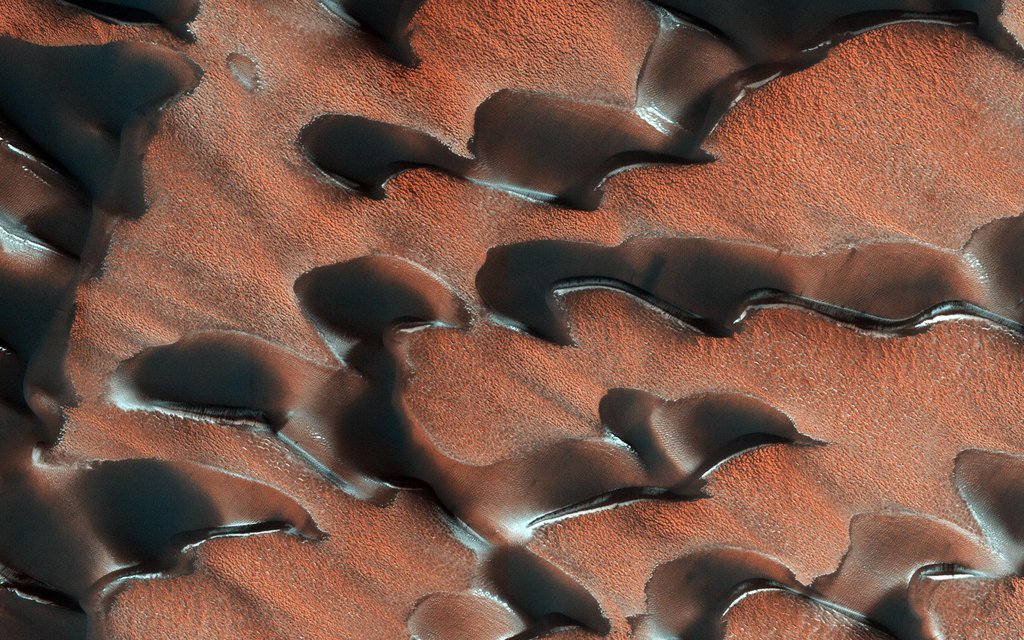 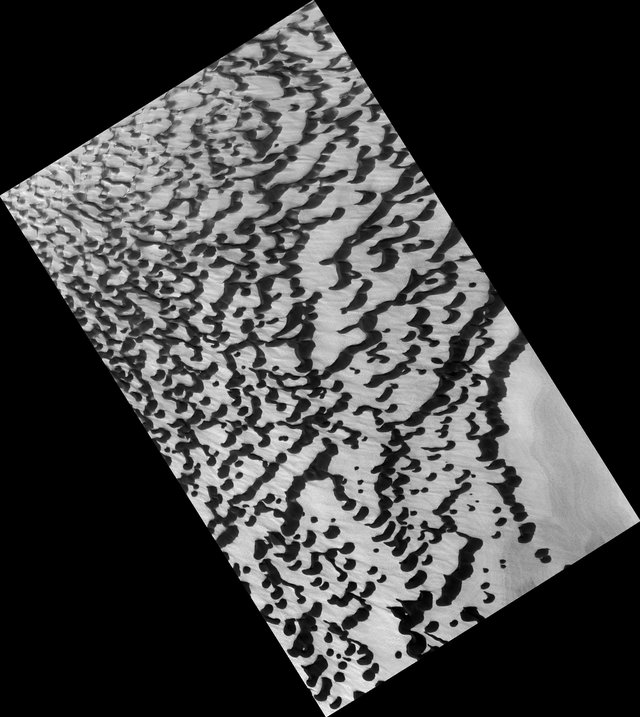 These patches will be gone soon as they sublimate (turn from ice to gas) in the summer sun. Some blocks of ice are visible at the foot of an alcove formed by a sand avalanche down the slipface of the dune.