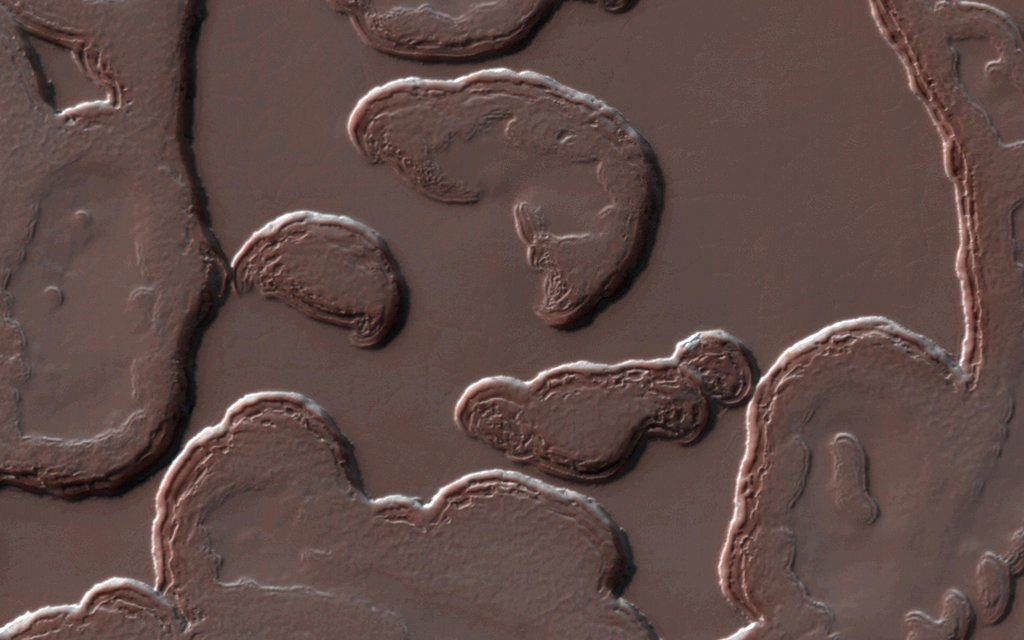 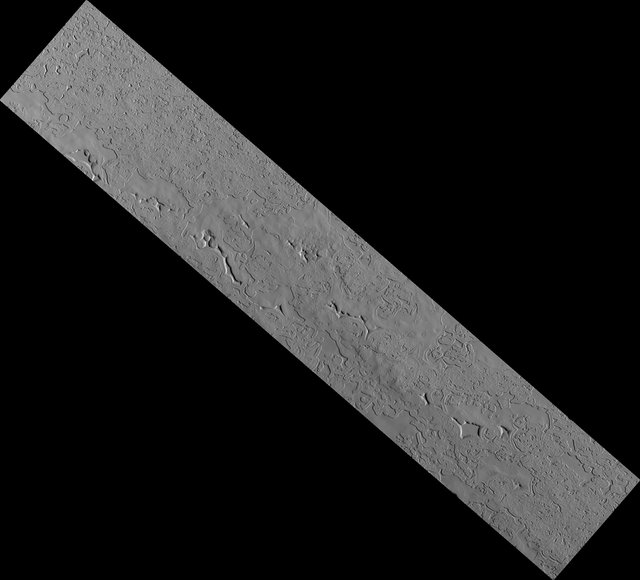 The South Polar residual cap is composed of carbon dioxide ice that persists through each Martian summer. However, it is constantly changing shape.

The slopes get more direct illumination at this polar location, so they warm up and sublimate, going directly from a solid state to a gaseous state. The gas then re-condenses as frost over flat areas, building new layers as the older layers are destroyed. This animation compares a small subarea to the same locale imaged in 2009.