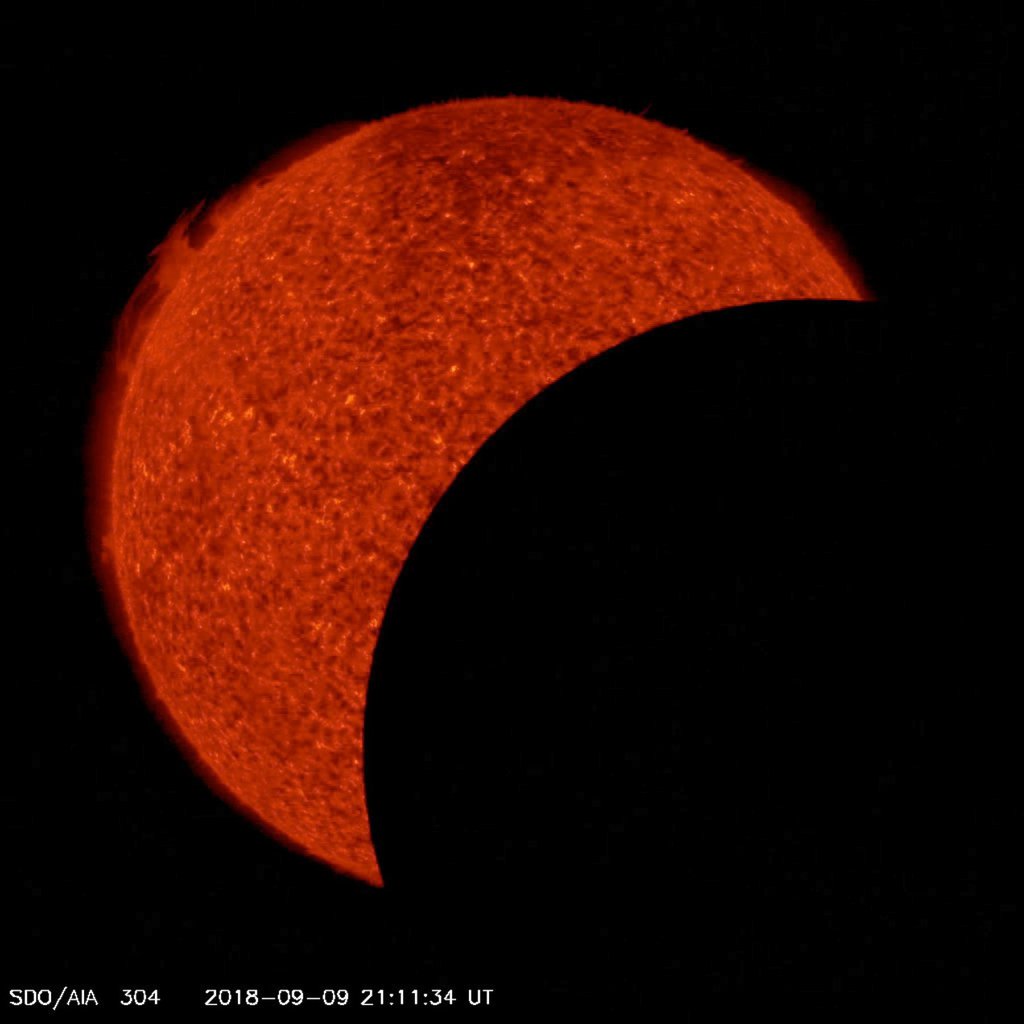 In just about seven hours, the SDO spacecraft saw the moon transit the Sun two times (Sept. 9-10, 2018). Transits occur when an object passes between a larger body and the viewer. The first transit lasted about an hour and covered 92 percent of the Sun at its peak. The second transit lasted about 50 minutes and covered just 34 percent of the Sun at its peak. The Moon appears to go in one direction in the first transit and the opposite direction in the second. This is because the SDO spacecraft orbits around Earth, moving in the same direction as the Moon but faster. On the first transit it catches up with and passes the Moon. As SDO swings back around the far side of Earth, it encounters the Moon again from the far side of Earth, where it appears to travel in the opposite direction. The images were taken in a wavelength of extreme ultraviolet light. None of this was visible from Earth.