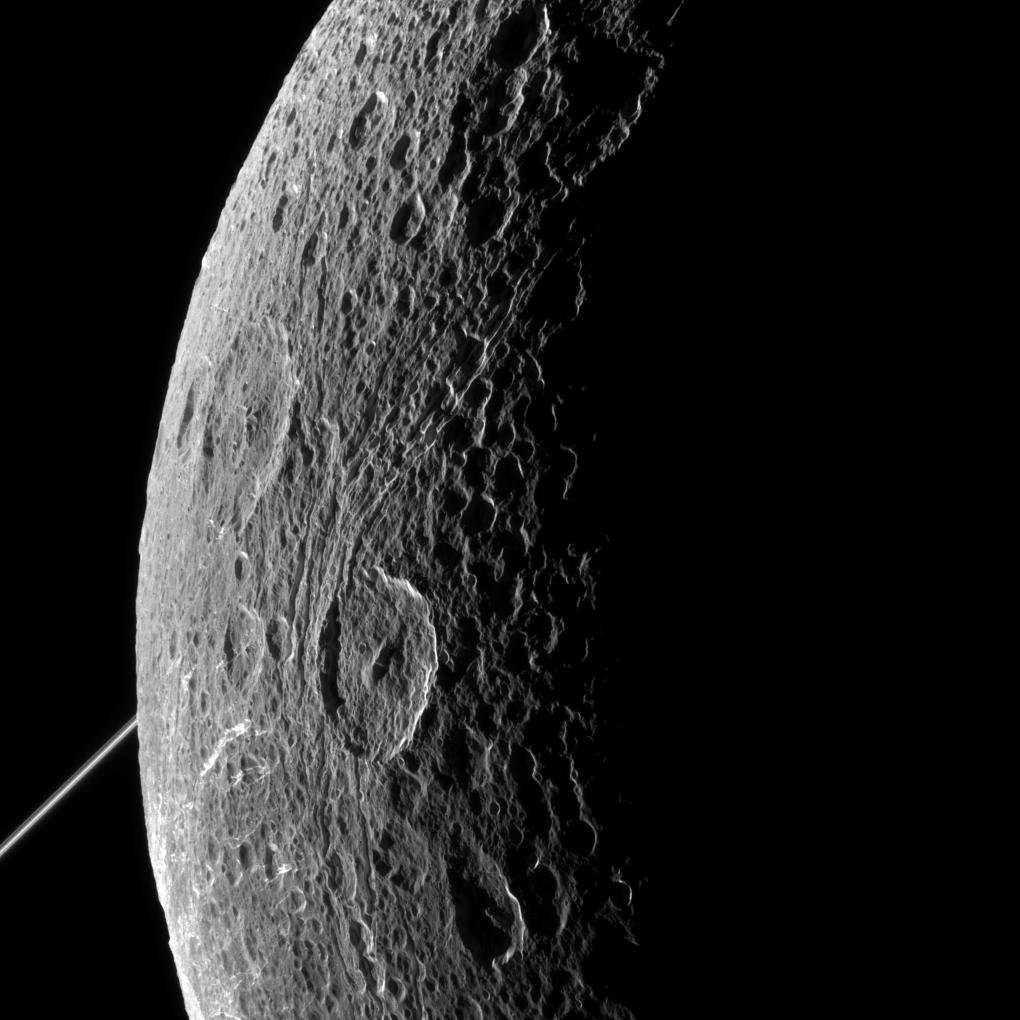 NASA's Cassini imaging scientists processed this view of Saturn's moon Dione, taken during a close flyby on June 16, 2015. This was Cassini's fourth targeted flyby of Dione and the spacecraft had a close approach altitude of 321 miles (516 kilometers) from Dione's surface.

The bright rings of Saturn can be seen at left, in the background of the image.

North on Dione is up and rotated 44 degrees to the left. The image was taken in visible light with the Cassini spacecraft narrow-angle camera on June 16, 2015.