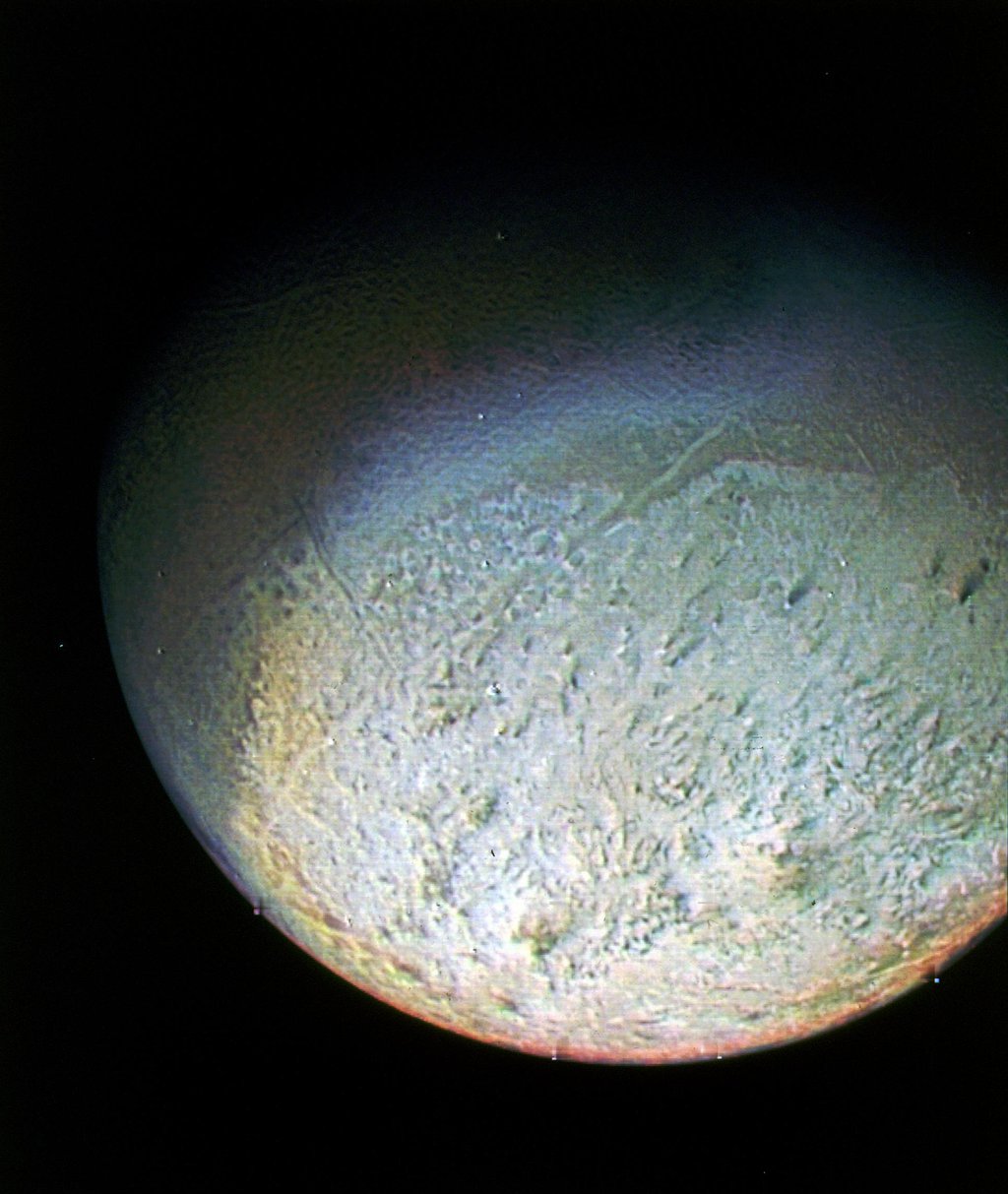 This color photo of Neptune's large satellite Triton was obtained on Aug. 24 1989 at a range of 530,000 kilometers (330,000 miles). The resolution is about 10 kilometers (6.2 miles), sufficient to begin to show topographic detail. The image was made from pictures taken through the green, violet and ultraviolet filters. In this technique, regions that are highly reflective in the ultraviolet appear blue in color. In reality, there is no part of Triton that would appear blue to the eye. The bright southern hemisphere of Triton, which fills most of this frame, is generally pink in tone as is the even brighter equatorial band. The darker regions north of the equator also tend to be pink or reddish in color.