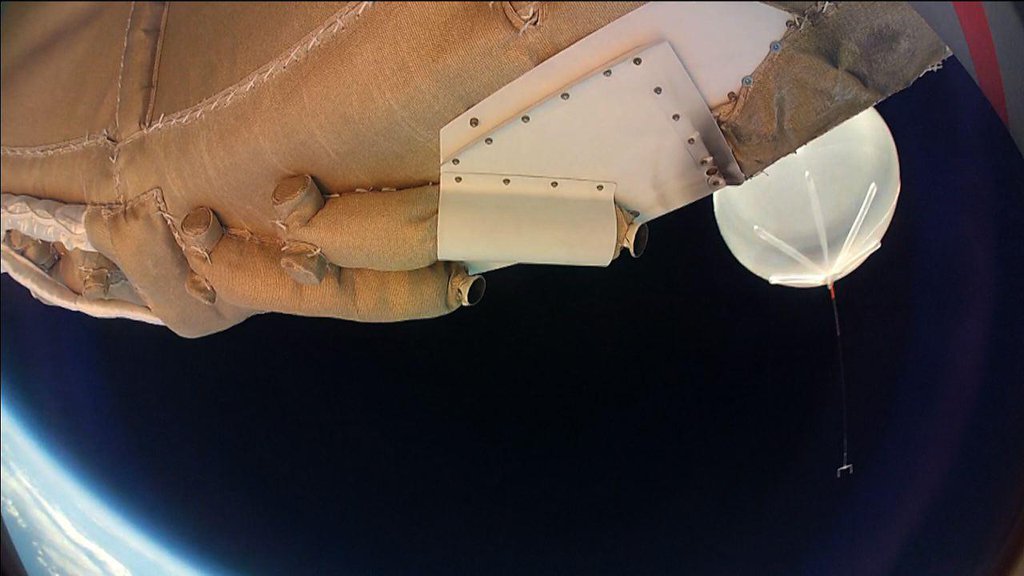 Moments into its powered flight, the LDSD test vehicle captured this image of the balloon which carried it to high altitudes. The image was taken by one of the saucer-shaped test vehicle's high-resolution cameras. On June 28, 2014, a balloon lifted the 7,000-pound saucer-shaped vehicle to an altitude of 119,000 feet (36,270 meters), then a rocket boosted it even higher, where tests of Martian landing technologies began.

The test occurred off the coast of the U.S. Navy's Pacific Missile Range Facility in Kauai, Hawaii. NASA's Columbia Scientific Balloon Facility, based in Palestine, Texas, provided the balloon launch system and its operation.