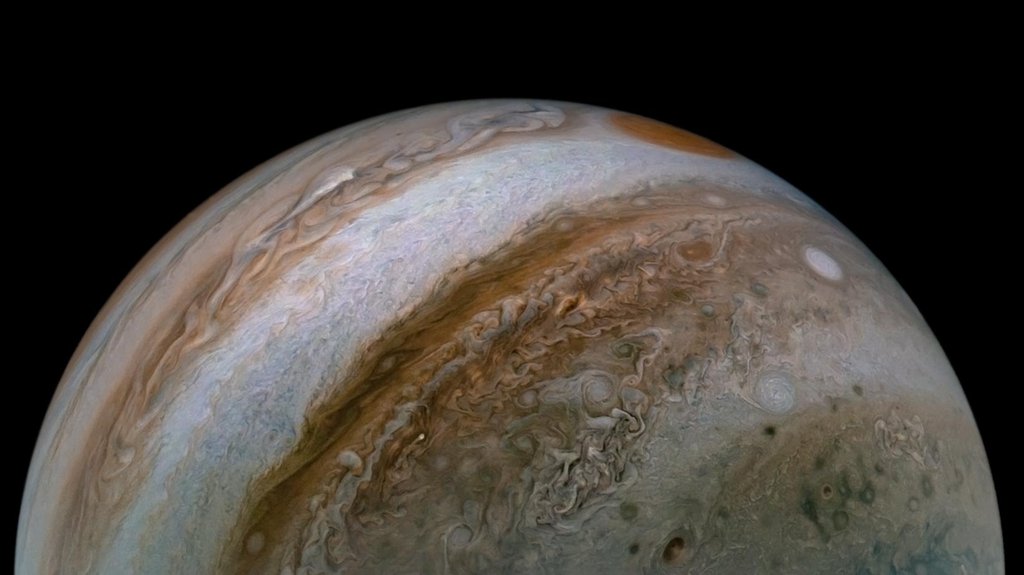 The storm known as the Great Red Spot is also visible on the horizon, nearly rotated out of view as Juno sped away from Jupiter at about 30 miles per second (48 kilometers per second), which is more than 100,000 mph (160,900 kilometers per hour).

Citizen scientist Tanya Oleksuik created this color-enhanced image using data from the JunoCam camera. The original image was taken on Dec. 30, 2020 as the Juno spacecraft performed its 31st close flyby of Jupiter. At the time, the spacecraft was about 31,000 miles (about 50,000 kilometers) from the planet's cloud tops, at a latitude of about 50 degrees South.