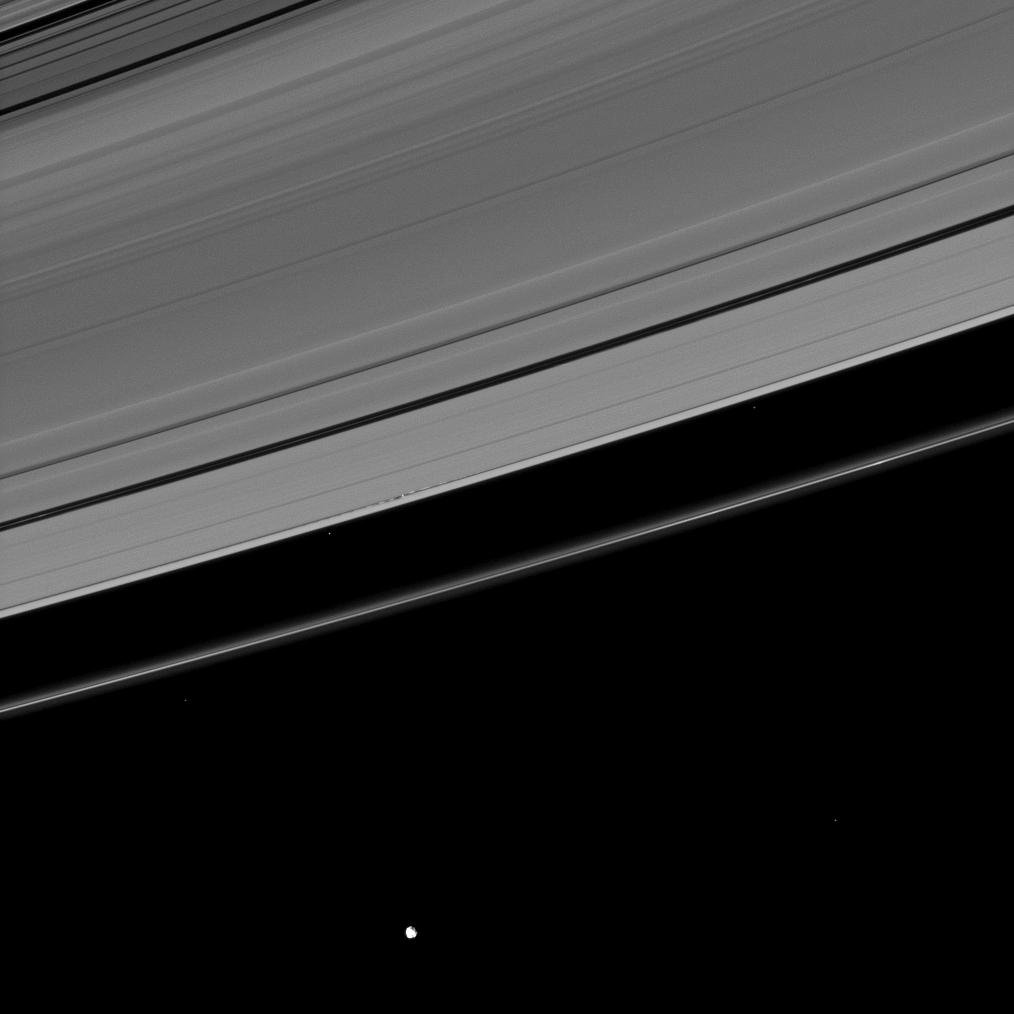 This Cassini image, which at first appears to show a serene scene, in fact reveals dramatic disturbances created in Saturn's A ring by its moon Daphnis.

Near the center of the image, tiny Daphnis (8 kilometers, or 5 miles across) appears as a bright dot in the Keeler Gap near the edge waves it has created in the A ring. The moon has an inclined orbit and its gravitational pull both perturbs the orbits of the particles of the A ring forming the Keeler Gap's edge and sculpts the edge into waves having both horizontal (radial) and out-of-plane components. Material on the inner edge of the gap orbits faster than the moon so that the waves there lead the moon in its orbit. Material on the outer edge moves slower than the moon, so waves there trail the moon. See PIA11656 to learn more about this process.

Epimetheus (113 kilometers, or 70 miles across) orbits beyond the F ring at the bottom of the image. Bright specks in the image are background stars.

This view looks toward the northern, sunlit side of the rings from about 11 degrees above the ringplane.

The image was taken in visible light with the Cassini spacecraft narrow-angle camera on Sept. 24, 2009. The view was obtained at a distance of approximately 1.8 million kilometers (1.1 million miles) from Daphnis. Image scale is 11 kilometers (7 miles) per pixel.