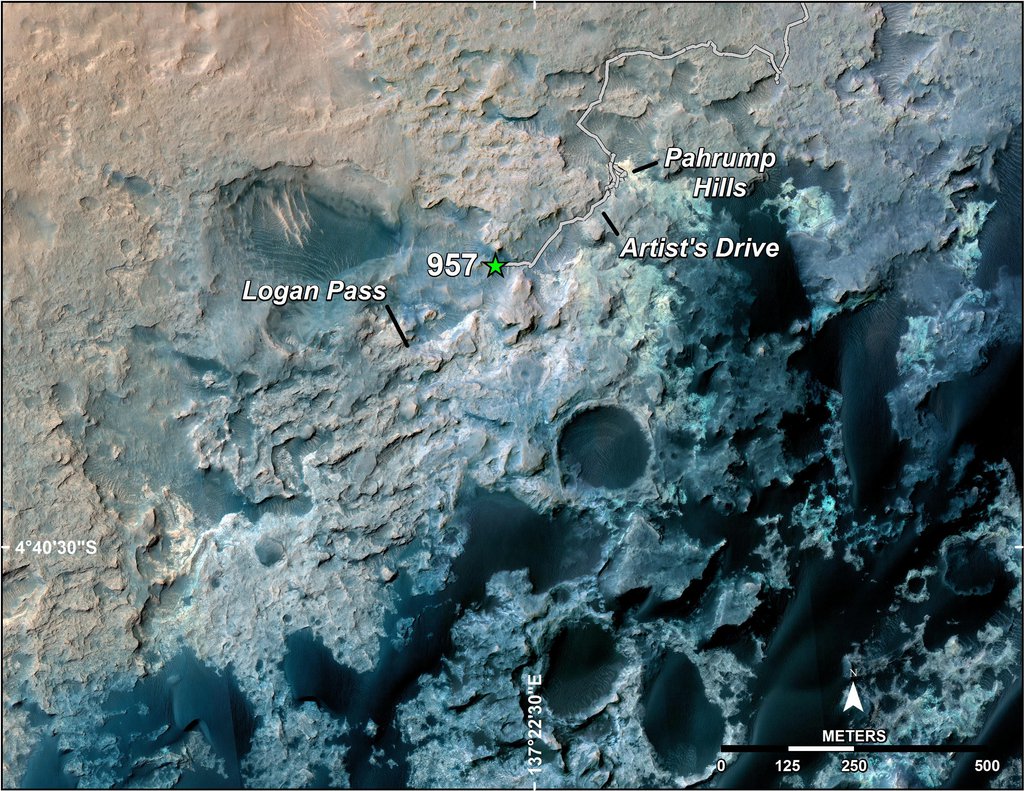 Curiosity landed on Mars in August 2012. The drive on Sol 957 brought the mission's total driving distance past the 10-kilometer mark (6.214 miles). The rover is passing through a series of shallow valleys on a path from the "Pahrump Hills" outcrop, which it investigated for six months, toward its next science destination, called "Logan Pass."

The rover's traverse line enters this map at the location Curiosity reached in mid-July 2014.