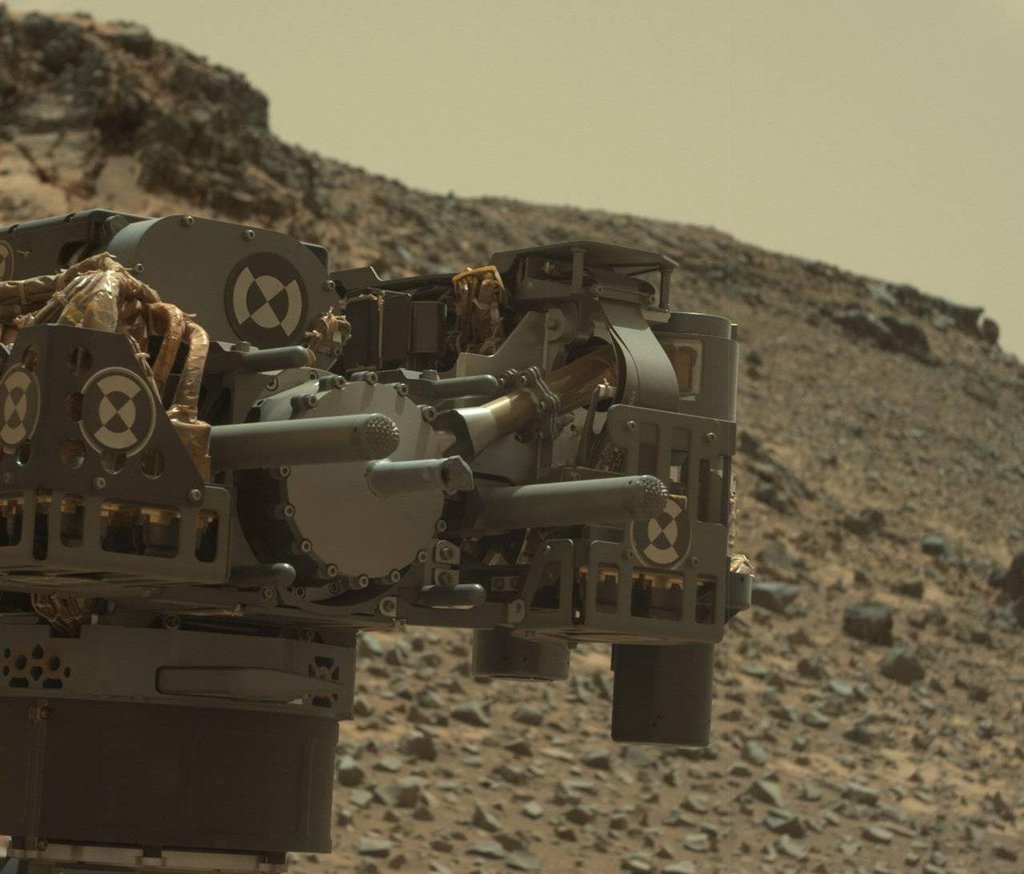 This view from the Mast Camera (Mastcam) on NASA's Curiosity Mars rover shows the rover's drill just after finishing a drilling operation at a target rock called "Telegraph Peak" on Feb. 24, 2015, the 908th Martian day, or sol, of the rover's work on Mars. Three sols later, a fault-protection action by the rover halted a process of transferring sample powder that was collected during this drilling.

The image is in raw color, as recorded directly by the camera, and has not been white-balanced.

The fault-protection event, triggered by an irregularity in electrical current, led to engineering tests in subsequent days to diagnose the underlying cause.