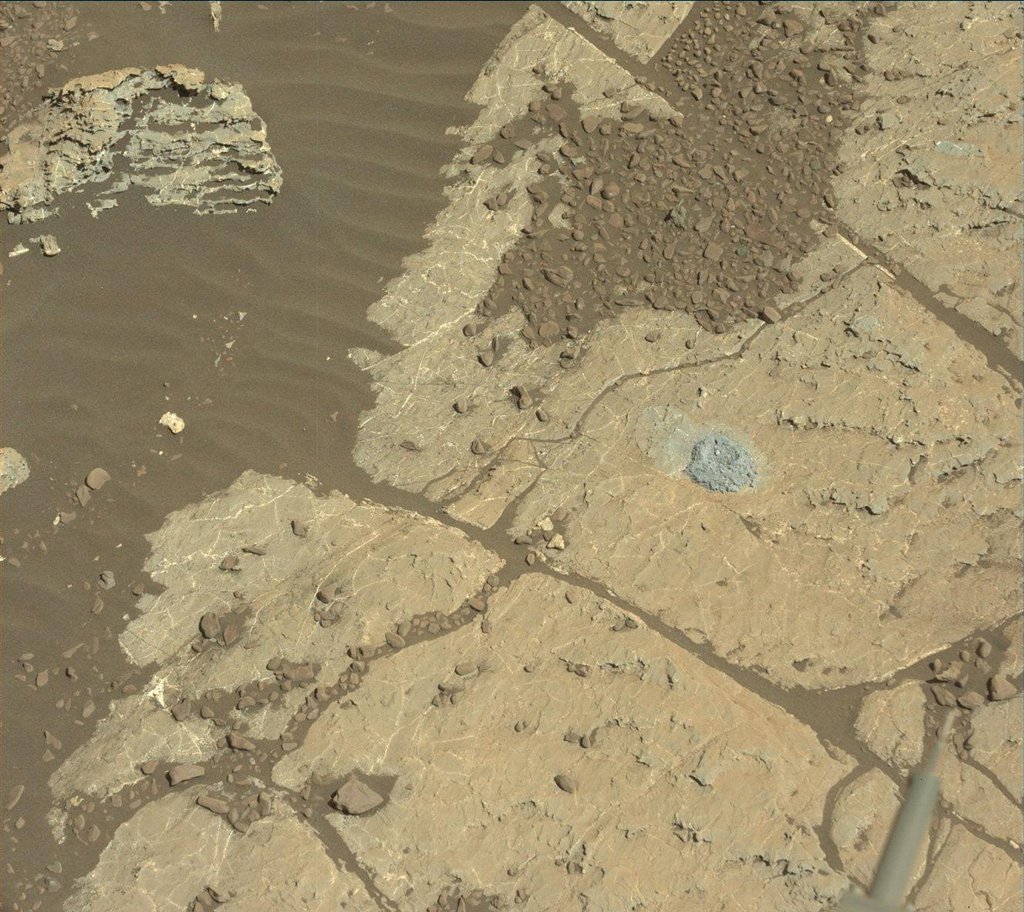 NASA's Curiosity Mars rover used a new drill method to produce a hole on Feb. 26, 2018, in a target named Lake Orcadie. The hole marks the first operation of the rover's drill since a motor problem began acting up more than a year ago.

An early test produced a hole about a half-inch (1-centimeter) deep at Lake Orcadie --- not enough for a full scientific sample, but enough to validate that the new method works mechanically. This was just the first in what will be a series of tests to determine how well the new drill method can collect samples.

A video is available here.