Crystals May Have Formed in Drying Martian Lake 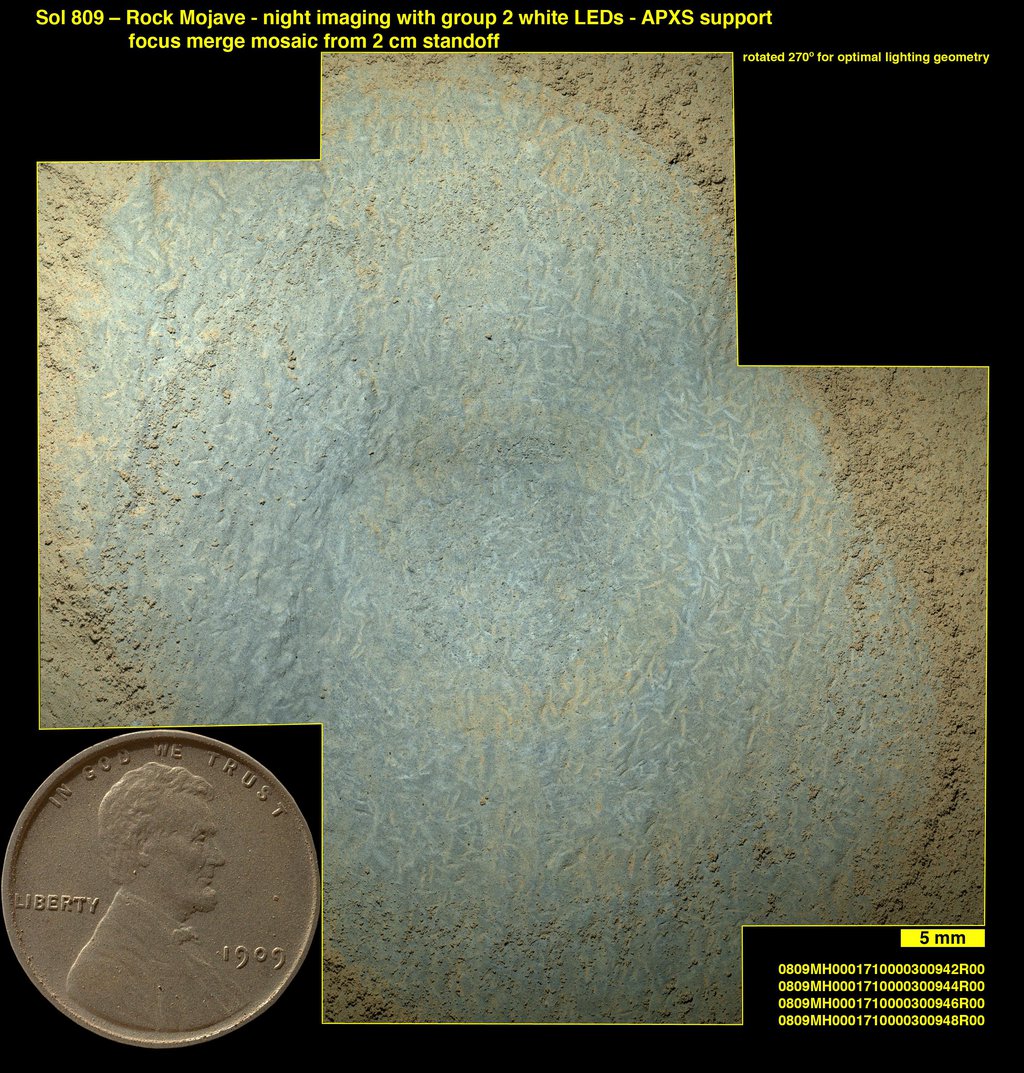 Lozenge-shaped crystals are evident in this magnified view of a Martian rock target called "Mojave," taken by the Mars Hand Lens Imager (MAHLI) instrument on the arm of NASA's Curiosity Mars rover.

These features record concentration of dissolved salts and precipitation of the salts as minerals with distinctive crystal shapes. This likely resulted from the evaporation of lake or river water during a dry period following a wet period.

The view is a mosaic of four focus-merge products created aboard Curiosity from 40 images acquired at four camera positions by MAHLI on the 809th Martian day, or sol, of the rover's work on Mars (Nov. 15, 2014). The mosaic covers an area approximately 2 inches (5 centimeters) across that had been brushed by Curiosity's dust removal tool to remove a coating of dust. The exposures were acquired at night with MAHLI's white-light LEDs (light-emitting diodes) illuminating the scene.

The penny inset at lower left is shown to scale. The scale bar at lower right indicates 5 millimeters (about 0.2 inch).

The Mojave target is in the "Pink Cliffs" area of the "Pahrump Hills" outcrop in the Murray formation at the base of Mount Sharp. The location of Pink Cliffs within the outcrop is indicated in an earlier view at PIA19039.