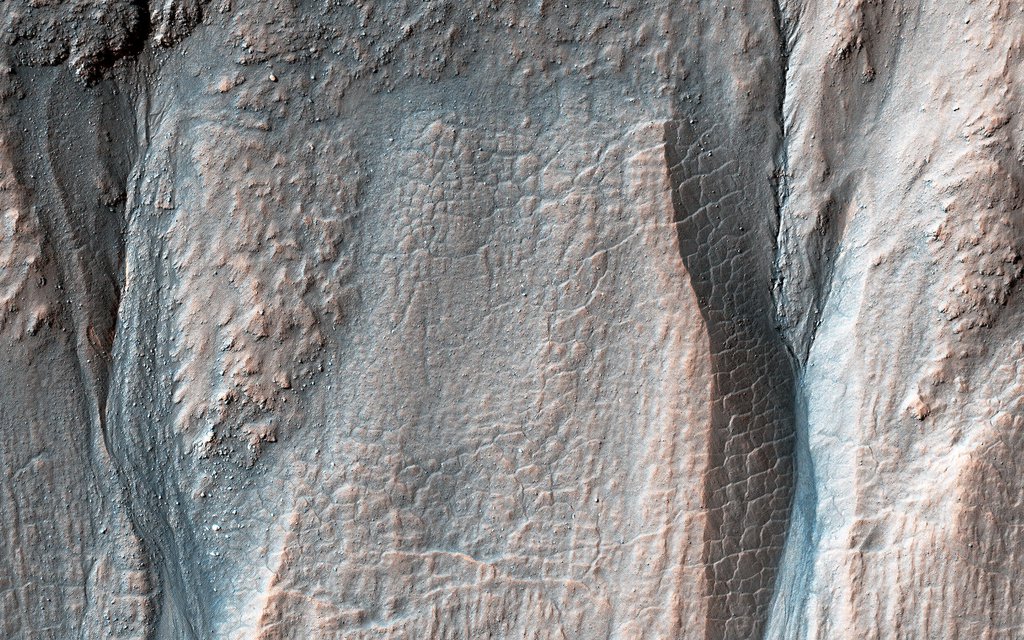 Gullies along the poleward-facing slope of this 10-kilometer diameter crater in the southern highlands of Mars originate at various elevations along the rim. The eastern gullies (right) originate at or near the crater rim while the more western gullies erode into or undercut rubbly layers along the mid-elevation slopes.

Most of the mid-slope region below these layers is composed of terrain that forms a polygonal fracture pattern. The lower part is cut by a series of fractures trending perpendicular across the slope. These features suggest that the mid-slope region once contained significant subsurface ice reserves that may have been removed during gully formation.

Mars' past climate may have permitted certain processes where water initially froze and melted seasonally, allowing for the formation of polygonal terrain and gully systems. More recent gully activity has resulted from dry flows, perhaps from the loss of sediment support by subsurface ice sublimation or simply due to gravity.