Colorful Layers in a Crater Wall 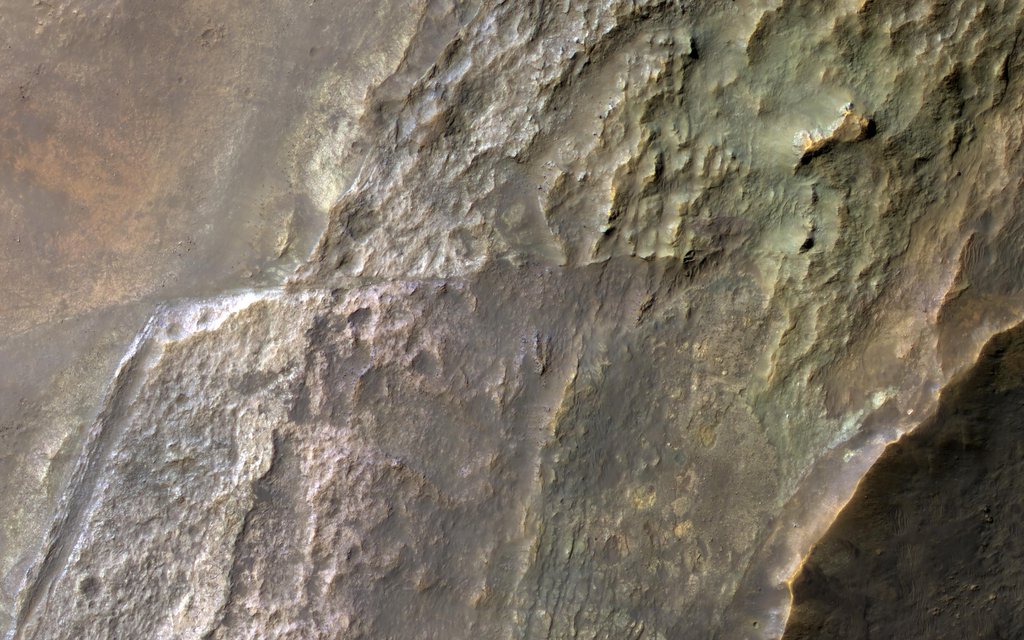 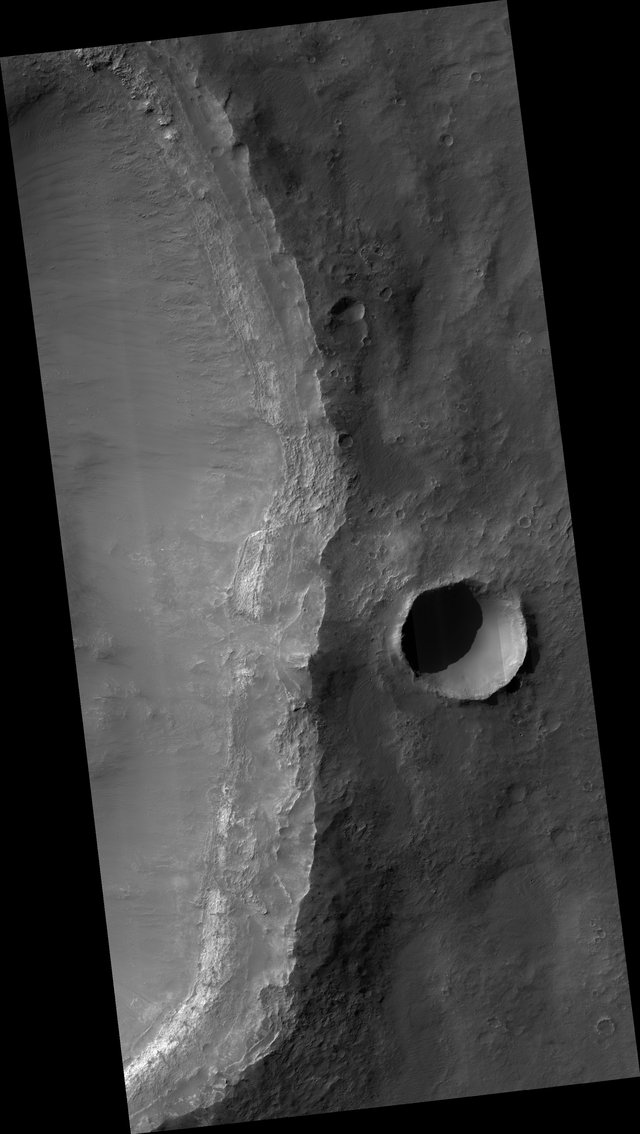 A kilometer-wide cutout shows layers sloping from the crater's rim at right downward toward its floor off to the left. A gradient of enhanced colors indicates diverse compositions. Clay minerals have been detected here, and one interpretation is that they formed through weathering under a wetter ancient climate, with layers near the surface having more water-altered compositions than deeper ones. Another interpretation is that the layers of different compositions were laid down at different times, from different processes and source materials.

Elsewhere, the lower layers appear abruptly offset along a fault, a common feature in impact craters of this size (roughly 20 kilometers). In addition, the upper layers show a patchy distribution of colors, with some blocks that might have been ejected from deeper locations within the crater during impact.