Closing in on Jupiter's North Pole 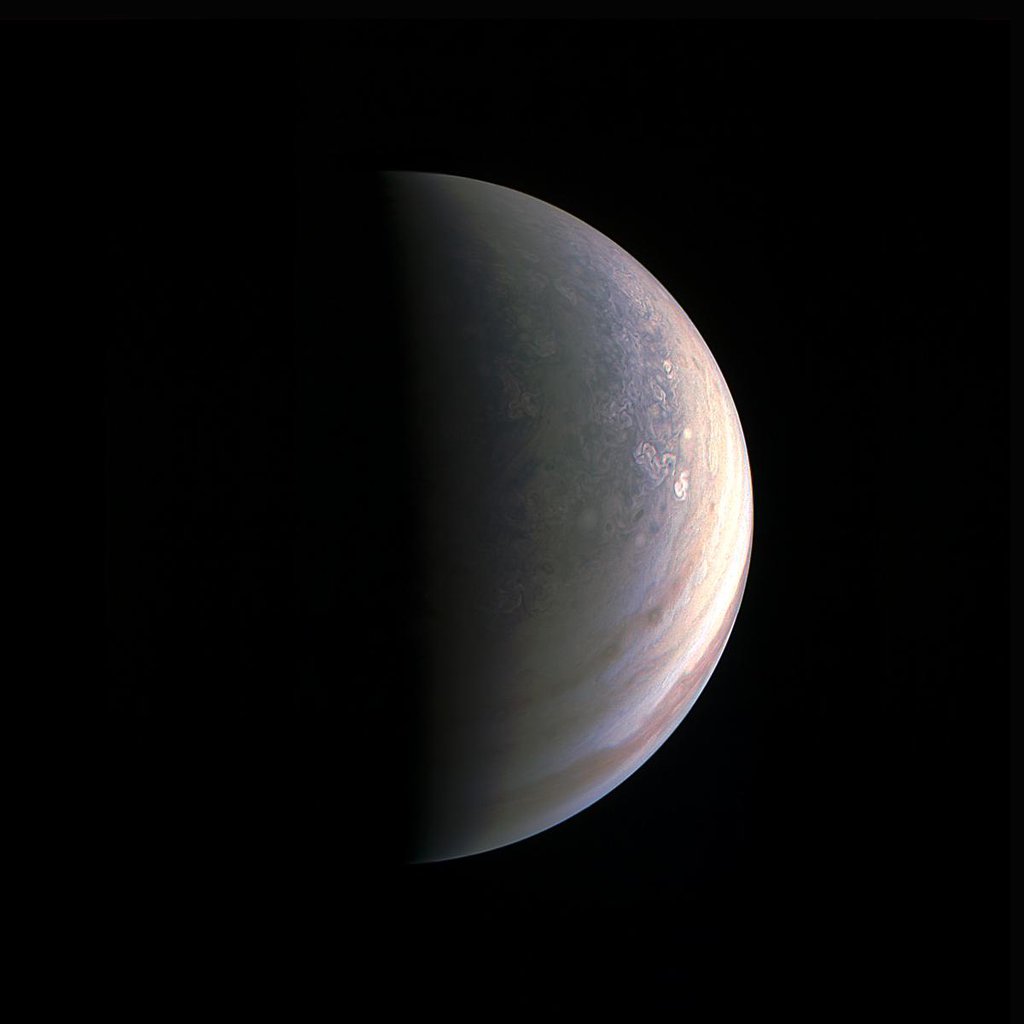 As NASA's Juno spacecraft closed in on Jupiter for its Aug. 27, 2016 pass, its view grew sharper and fine details in the north polar region became increasingly visible.

The JunoCam instrument obtained this view on August 27, about two hours before closest approach, when the spacecraft was 120,000 miles (195,000 kilometers) away from the giant planet (i.e., for Jupiter's center).

Unlike the equatorial region's familiar structure of belts and zones, the poles are mottled with rotating storms of various sizes, similar to giant versions of terrestrial hurricanes. Jupiter's poles have not been seen from this perspective since the Pioneer 11 spacecraft flew by the planet in 1974.