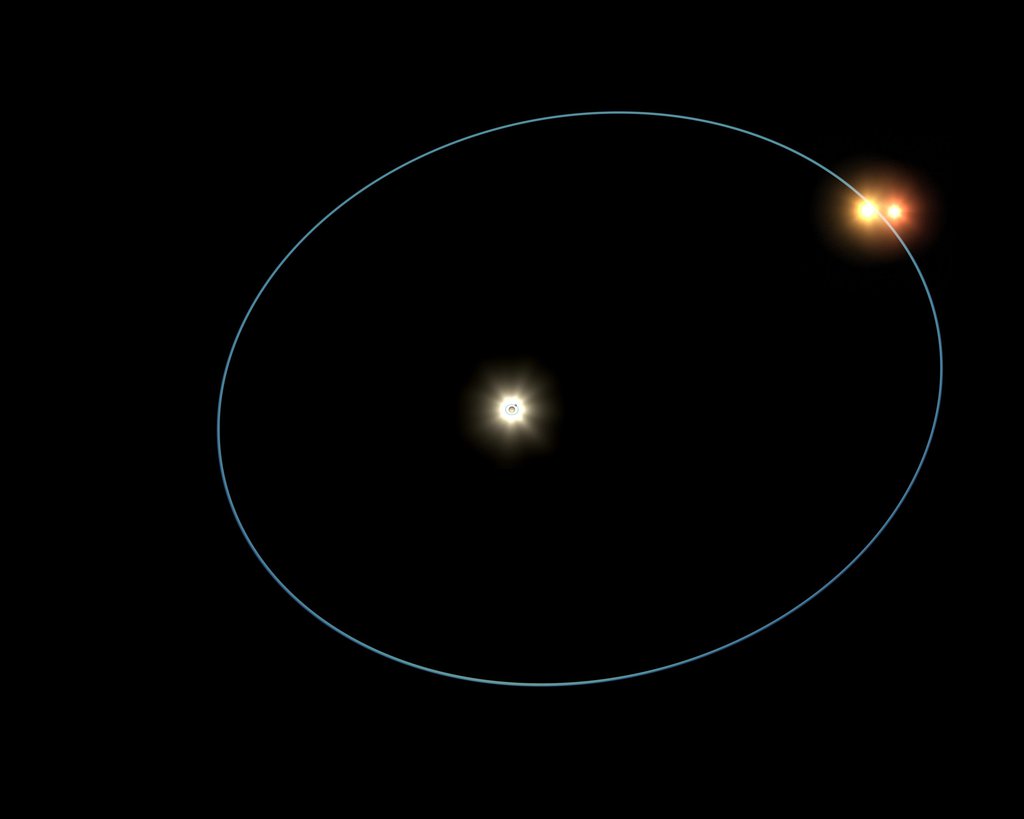 This artist's animation shows the clockwork-like orbits of a triple-star system called HD 188753, which was discovered to harbor a gas giant, or "hot Jupiter," planet. The planet zips around the system's main star (yellow, center) every 3.3 days, while the main star is circled every 25.7 years by a dancing duo of stars (yellow and orange, outer orbit). The star pair is locked in a 156-day orbit.

This eccentric star family is a cramped bunch; the distance between the main star and the outer pair of stars is about the same as that between the Sun and Saturn. Though multiple-star systems like this one are common in the universe, astronomers were surprised to find a planet living in such tight quarters.

One reason for the surprise has to do with theories of hot Jupiter formation. Astronomers believe that these planets begin life at the outer fringes of their stars, in thick dusty disks called protoplanetary disks, before migrating inward. The discovery of a world under three suns throws this theory into question. As seen in this animation, there is not much room at this system's outer edges for a hot Jupiter to grow.

The discovery was made using the Keck I telescope atop Mauna Kea mountain in Hawaii. The triple-star system is located 149 light-years away in the constellation Cygnus.

The sizes and orbital periods in the animation are not shown to scale. The relative motions are shown with respect to the main star.