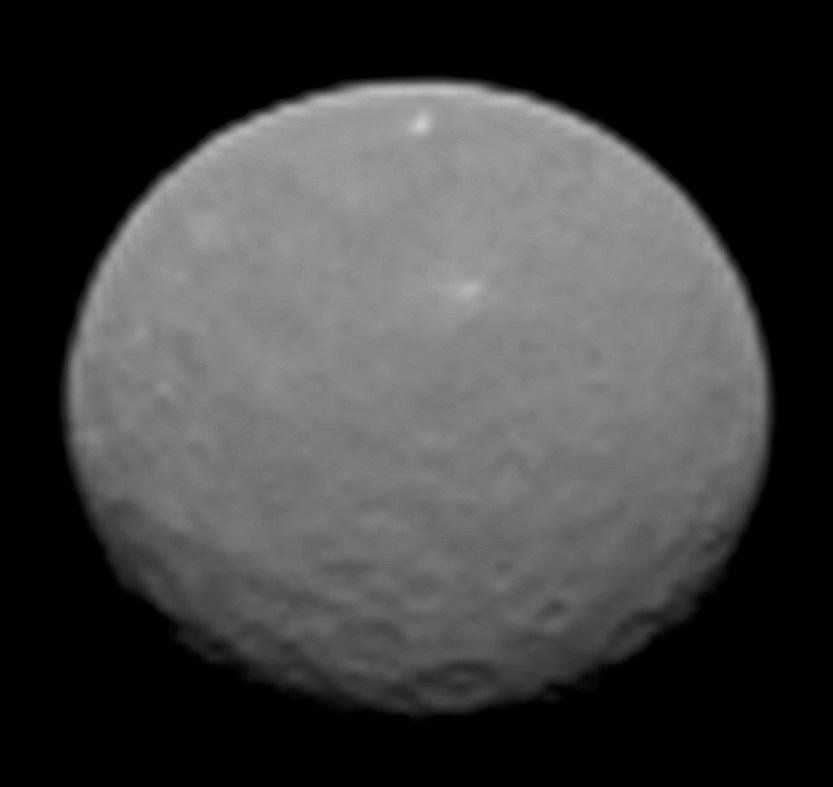 This image is one several images NASA's Dawn spacecraft took on approach to Ceres on Feb. 4, 2015 at a distance of about 90,000 miles (145,000 kilometers) from the dwarf planet. This series of images is the sharpest to date, at a resolution of 8.5 miles (14 kilometers) per pixel.

Dawn's mission to Vesta and Ceres is managed by the Jet Propulsion Laboratory for NASA's Science Mission Directorate in Washington. Dawn is a project of the directorate's Discovery Program, managed by NASA's Marshall Space Flight Center in Huntsville, Alabama. UCLA is responsible for overall Dawn mission science. Orbital Sciences Corp. of Dulles, Virginia, designed and built the spacecraft. JPL is managed for NASA by the California Institute of Technology in Pasadena. The framing cameras were provided by the Max Planck Institute for Solar System Research, Göttingen, Germany, with significant contributions by the German Aerospace Center (DLR) Institute of Planetary Research, Berlin, and in coordination with the Institute of Computer and Communication Network Engineering, Braunschweig. The visible and infrared mapping spectrometer was provided by the Italian Space Agency and the Italian National Institute for Astrophysics, built by Selex ES, and is managed and operated by the Italian Institute for Space Astrophysics and Planetology, Rome. The gamma ray and neutron detector was built by Los Alamos National Laboratory, New Mexico, and is operated by the Planetary Science Institute, Tucson, Arizona.