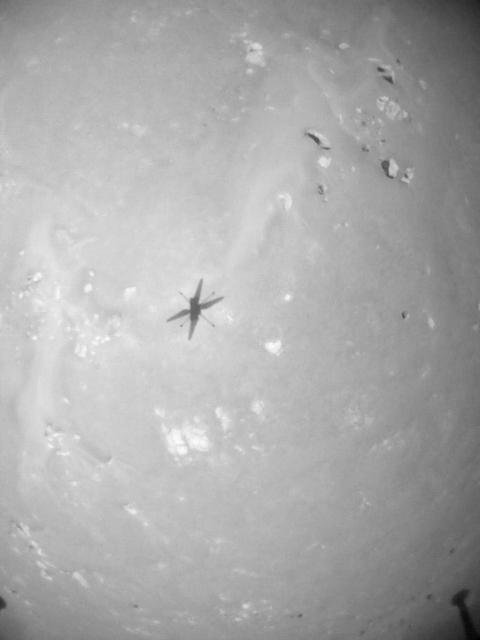 NASA's Ingenuity Mars Helicopter took these images on its fourth flight, on April 30, 2021, using its navigation camera. The camera, which tracks surface features below the helicopter, takes images at a rate at which the helicopter's blades appear frozen in place, despite making 21 full rotations in-between each image. In flight, the blades spin at 2,537 rpm. The images are aligned entirely using Ingenuity's on-board position tracking system highlighting the stability and accuracy of the navigation algorithm.