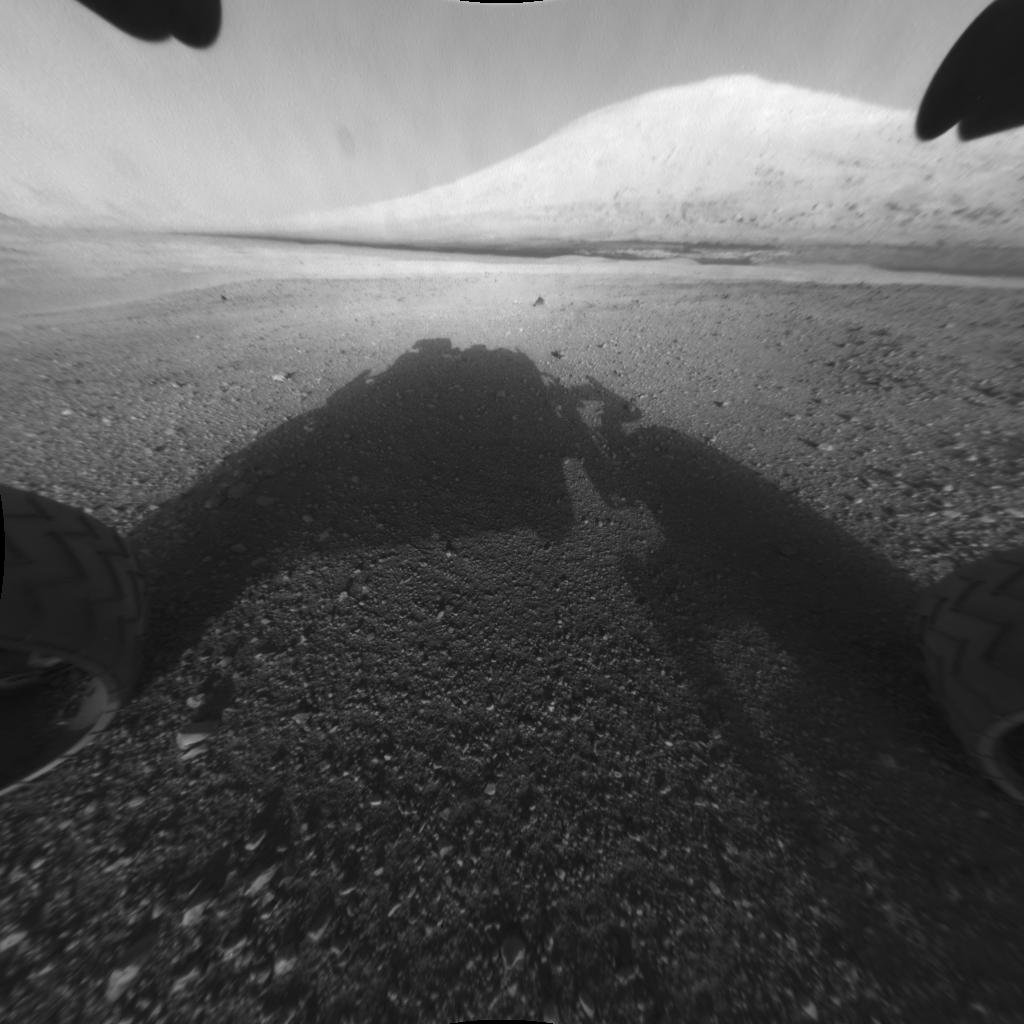 This image taken by NASA's Curiosity shows what lies ahead for the rover -- its main science target, Mount Sharp. The rover's shadow can be seen in the foreground, and the dark bands beyond are dunes. Rising up in the distance is Mount Sharp, whose peak is 3.4 miles (5.5 kilometers) high, taller than Mt. Whitney in California. The actual summit is not visible from this vantage point -- the highest elevation seen in this view is about 2.5 miles (4 kilometers) above the rover. The Curiosity team hopes to drive the rover to the mountain to investigate its lower layers, which scientists think hold clues to past environmental change.

This image was captured by the rover's front left Hazard-Avoidance camera at full resolution shortly after it landed. It has been linearized to remove the distorted appearance that results from its fisheye lens.