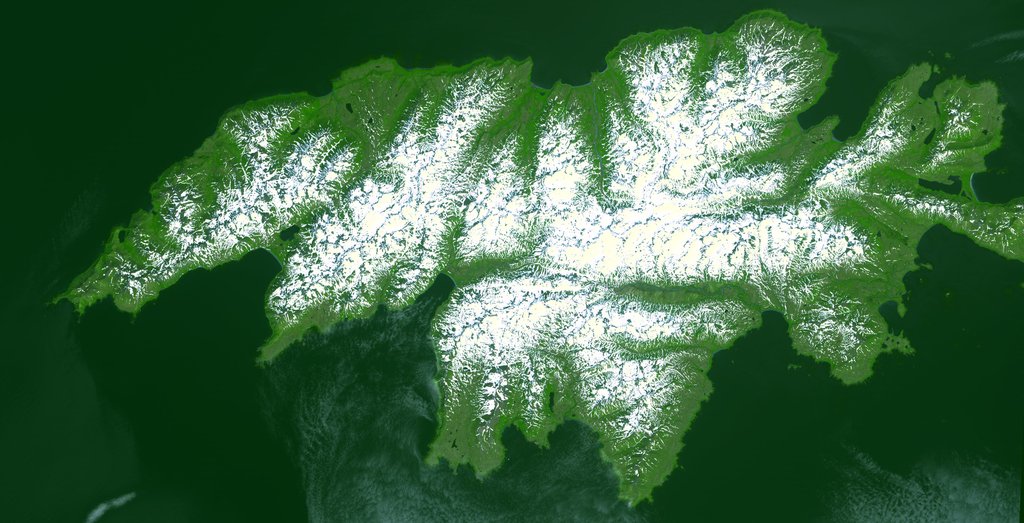 Attu, the westernmost Aleutian island, is nearly 1760 km from the Alaskan mainland and 1200 km northeast of the northernmost of the Japanese Kurile Islands. Attu is about 32 by 56 km in size, and is today the home of a small number of U. S. Coast Guard personnel operating a Loran station. The weather on Attu is typical of Aleutian weather in general...cloudy, rain, fog, and occasional high winds. The weather becomes progressively worse as you travel from the easternmost islands to the west. On Attu, five or six days a week are likely to be rainy, with hardly more than eight or ten clear days a year. The image was acquired July 4, 2000, covers an area of 31.2 by 61.1 km, and is centered near 52.8 degrees north latitude, 173 degrees east longitude.