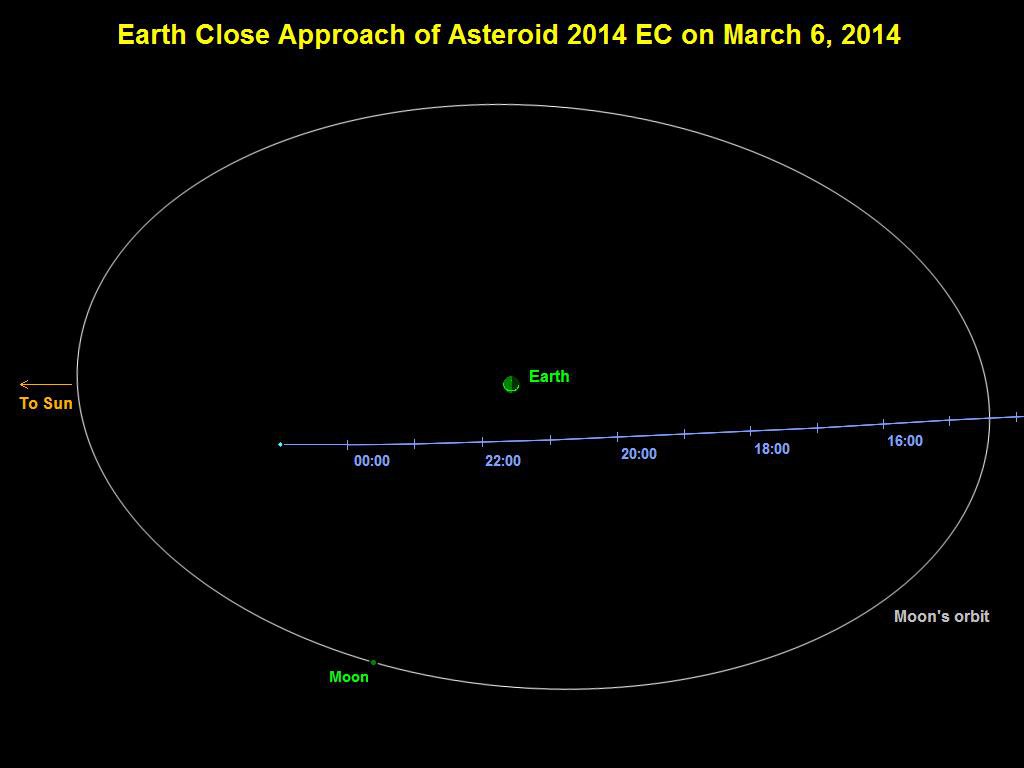 This graphic depicts the passage of asteroid 2014 EC past Earth on March 6, 2014. The asteroid's closest approach is a distance equivalent to about one-sixth of the distance between Earth and the moon. Times indicated on the graphic are Universal Time. A time near closest approach, 2200 Universal Time, is 2 p.m. PST (5 p.m. EST).