An Astronomer's Fantasy: Planets in the Lab 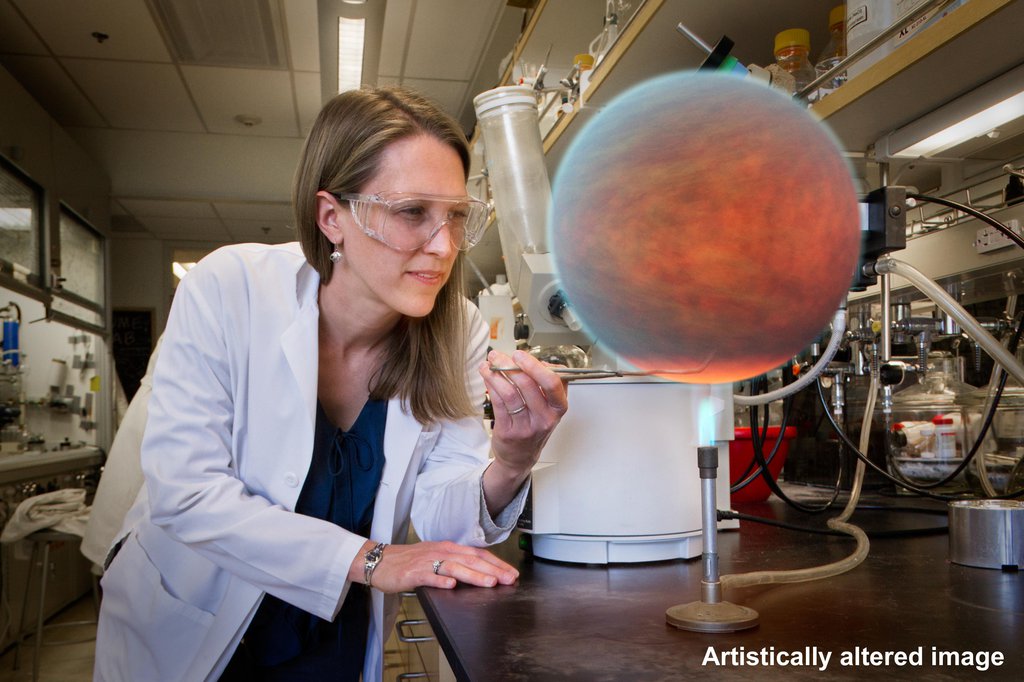 If astronomers could somehow pull planets out of the sky and analyze them in the laboratory, it might look something like this artistically altered image illustrating new research from NASA's Spitzer Space Telescope. The infrared observatory allows astronomers to study closely the atmospheres of hot Jupiter planets -- those outside our solar system that orbit near the blistering heat of their stars.

In this image, an artistic version of a hot Jupiter inspired by computer simulations has been inserted into a photo showing a Spitzer researcher, Heather Knutson, in a laboratory at the California Institute of Technology in Pasadena, where she works. In reality, Knutson does not work in a lab, nor wear a lab coat and goggles, but scrutinizes telescope data from her office computer.

Knutson is the co-author of a new study led by Nikole Lewis from the Massachusetts Institute of Technology, Cambridge. They used Spitzer to monitor a hot Jupiter, called HAT-P-2b, as it orbited all the way around its star in an eccentric, comet-like orbit. This allowed the team to watch the planet heat up as it moved closer to the star, and cool down as it moved away -- almost like putting a Bunsen burner to a planet in a laboratory.