Along the Straight Edge 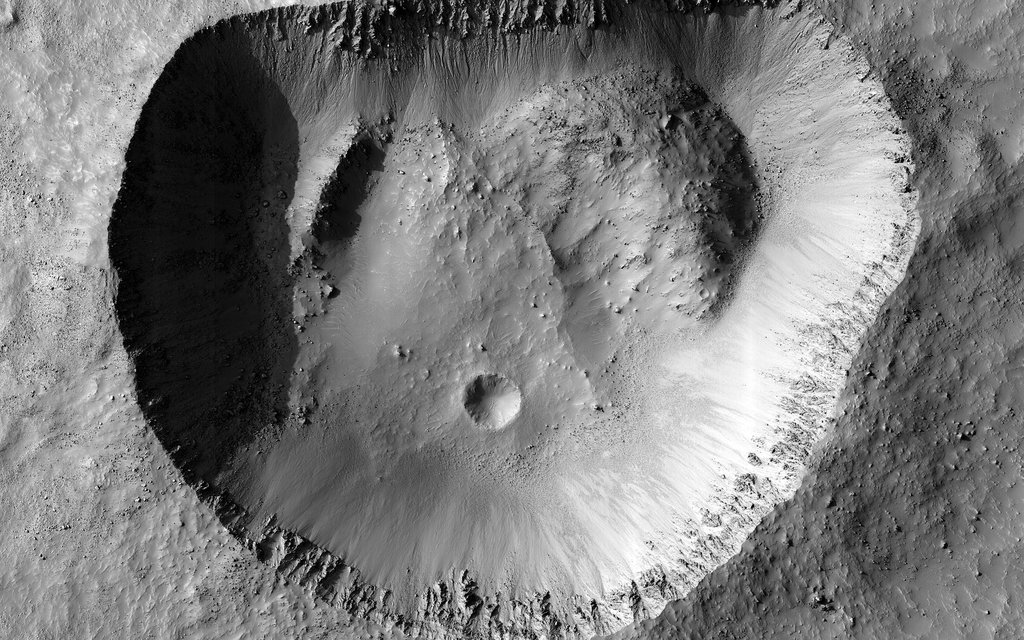 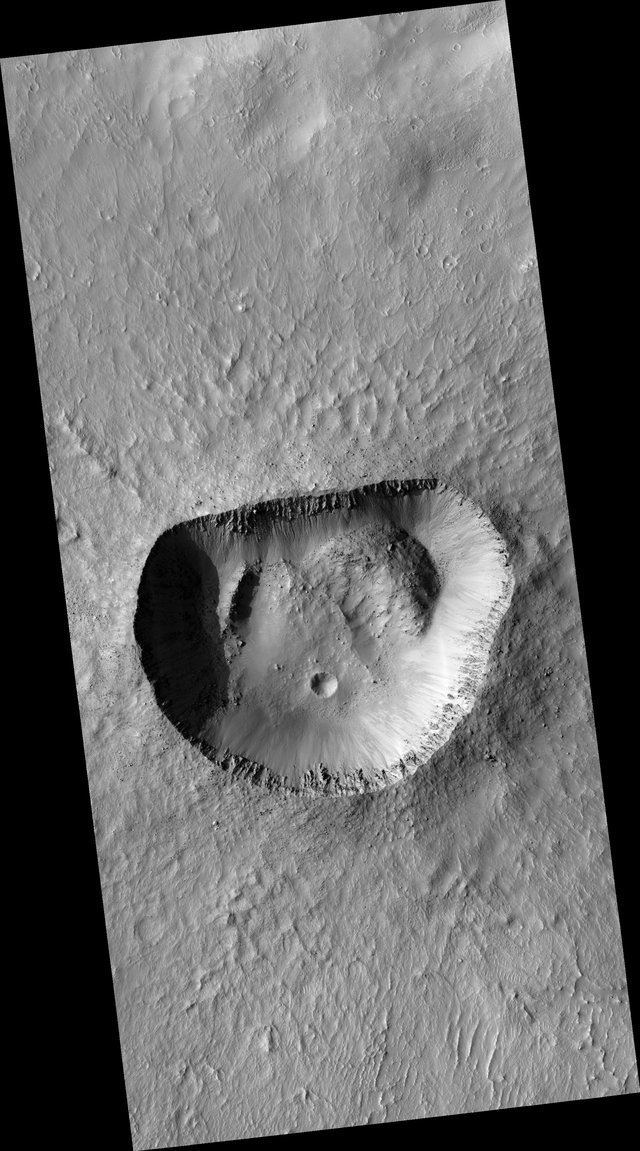 Most craters are round, because a high-velocity impact acts like a powerful explosion that expands in all directions. This crater is an exception because the northern rim is almost perfectly straight.

One possibility is that there was a zone of joints or faults in the crust that existed before the impact. When the impact happened, the crater formed along the straight line of these faults. Something similar happened to Meteor Crater in Arizona. Our image doesn't show any faults, but they could be beneath the surface.

Perhaps some sort of uneven collapse changed the shape of the crater. There are piles of material on the crater's floor, especially in the northwest and northeast corners. If those piles fell down from the rim, why did it happen there and not in other places? This crater is near the size where larger craters start to show wall slumping and terraces, so this type of collapse could be occurring unevenly.

Our image reveals the crisp detail of the crater rim, with individual boulders around the outside and on the inner walls. That indicates that this crater probably isn't very old, so it hasn't been heavily modified. So somehow this odd shape probably happened when it first formed, although we still don't know exactly why.