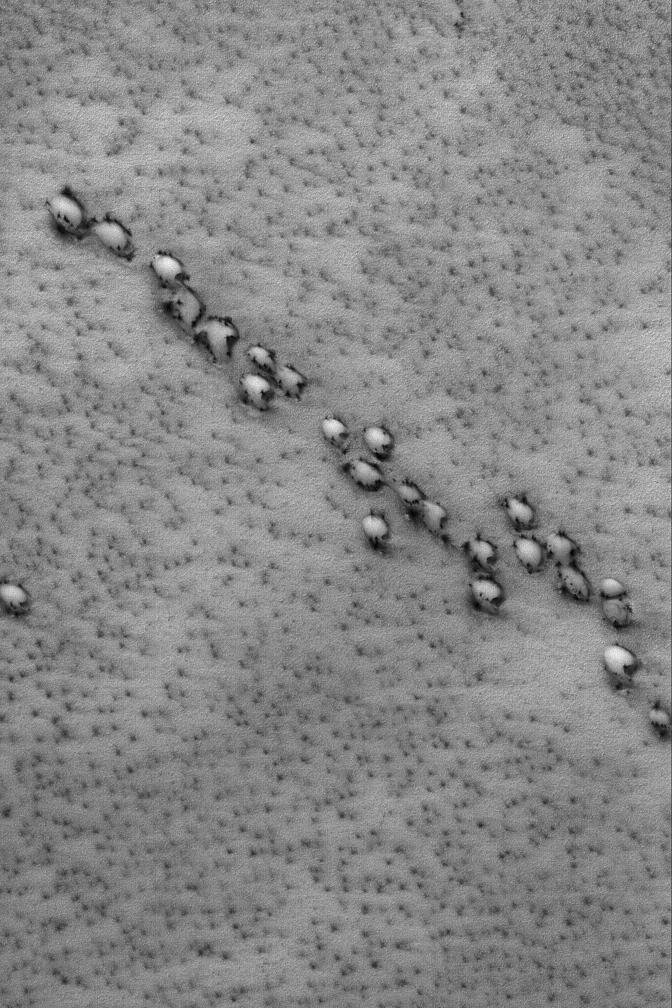 17 August 2004
This July 2004 Mars Global Surveyor (MGS) Mars Orbiter Camera (MOC) image shows a group of aligned barchan sand dunes in the martian north polar region. At the time, the dunes were covered with seasonal frost, but the frost had begun to sublime away, leaving dark spots and dark outlines around the dunes. The surrounding plains exhibit small, diffuse spots that are also the result of subliming seasonal frost. This northern spring image, acquired on a descending ground track (as MGS was moving north to south on the "night" side of Mars) is located near 78.8°N, 34.8°W. The image covers an area about 3 km (1.9 mi) across and sunlight illuminates the scene from the upper left.