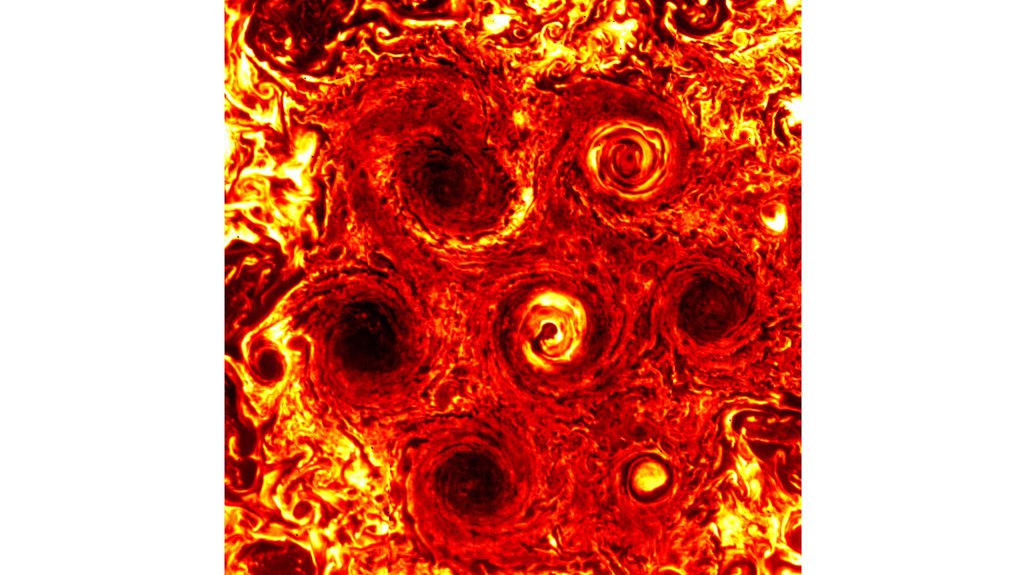 A new, smaller cyclone can be seen at the lower right of this infrared image of Jupiter's south pole taken on Nov. 4, 2019, during the 23rd science pass of the planet by NASA's Juno spacecraft. The image was captured by Juno's Jovian Infrared Auroral Mapper (JIRAM) instrument, which instrument measures heat radiated from the planet at an infrared wavelength of around 5 microns.