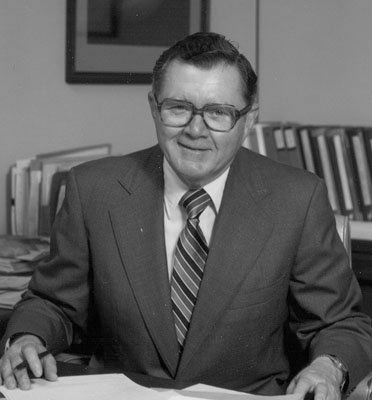 Charles H. Terhune earned a Bachelor of Science degree from Purdue University in 1938, before joining the Army Air Corps. By 1940, he obtained his pilot wings and an Engineering degree from Caltech. Terhune participated in combat missions during World War II as a Fighter Group Executive Officer and was later promoted to Commander. From 1947-1952, he worked in various positions in Washington, DC involving military guided missile development.

From 1952-1960, Terhune was involved in Air Force installation of nuclear weapons in aircraft and guided missiles, and was instrumental in bringing intermediate range and intercontinental ballistic missiles to operational status.

In 1969, Terhune retired from military service with the rank of Lieutenant General, and became Manager of Administration at National Cash Register's Data Processing Division in San Diego, California. He became Deputy Director of JPL in July 1971, and served as Acting Director of JPL from July to October 1982. After he retired in 1983, the next Director of JPL, retired Air Force General Lew Allen, Jr., requested that he continue to serve JPL as a consultant. He chose to work in Advanced Technology and was instrumental in creating the Arroyo Center for the Army, which is now run by the RAND Corporation. 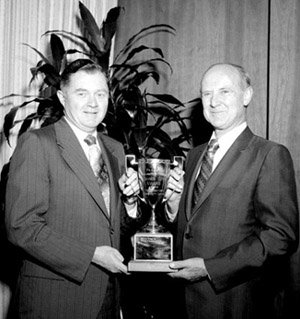 In May of 1972, Gen. Terhune and Dr. Pickering received the Pasadena Chamber of Commerce "Crown City Award" on behalf of JPL. The rotating trophy is granted annually to a Pasadena organization for its outstanding contributions to Pasadena in the immediate past year and throughout its history. In his acceptance speech, Terhune noted that hardly an important Pasadena committee or civic group does not include a JPL scientist, administrator, or engineer. 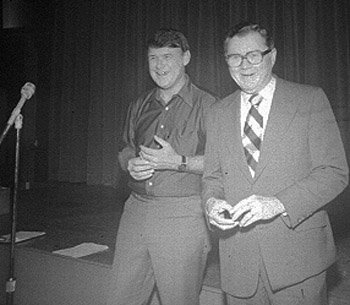 General Terhune, who began working at JPL in 1971, was presented with a 10-year service award by Dr. Bruce Murray, then JPL Director, in October 1981. 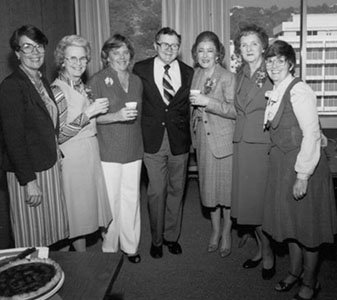 Terhune retired in January 1984. Two receptions were held in his honor that month: an all employee informal reception and an invitational get-together. Numerous employees attended both events to give Terhune their best wishes.