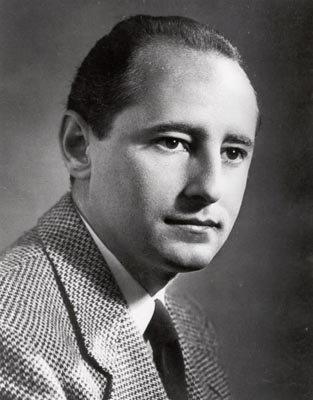 Frank J. Malina is considered by some to be the father of modern rocketry. Born on October 2, 1912, in Brenham, Texas to Czech immigrants, his life was a rare combination of science and art. In 1934, Malina received a graduate fellowship from the California Institute of Technology (Caltech), where he quickly became involved with its Guggenheim Aeronautical Laboratory (GALCIT). In his dissertation he examined the problems of rocket propulsion and sounding rocket flight performance. Malina served as an assistant professor at Caltech from 1942 until 1946.

Theodore von Kármán was the Director of GALCIT and Malina's doctoral adviser. While pursuing rocket research, Malina and von Kármán developed a close, lifelong working relationship. In 1936, with encouragement from von Kármán, Malina and a small group of men began developing and testing rocket motors, and both solid and liquid propellants. Their work attracted the attention of the US Army Air Corps, and earned a series of grants for research and testing of rocket motors. In 1942, von Kármán and five other scientists formed Aerojet Engineering Corporation, to accept contracts for building jet engines. In 1944, after reports that German scientists were developing rockets for military use, US Army Ordnance established a contract with Caltech to produce American counterpart weapons. The project became known as the Jet Propulsion Laboratory, with von Kármán as JPL's first Director. However, when von Kármán began spending much of his time in Washington, DC, Malina administered JPL and from 1944-1946 served as its Acting Director.

From 1947-1953 Malina worked for the United Nations Educational, Scientific, and Cultural Organization (UNESCO) in Paris. There he studied ways to decrease national barriers to allow the free movement of scientists and their equipment, he worked on the Arid Zone Research Program and eventually became head of the Division of Scientific Research. In 1953, Malina resigned from his post at UNESCO to become a studio artist, pursing his interest in kinetic sculpture that linked art, science and technology. He created more than 250 works, using electric light in motion, which were exhibited across Europe. Malina also founded Leonardo, a magazine of contemporary arts, and acted as its editor from 1967-1968.

In the late 1950s, Malina returned to rocketry and helped found the International Academy of Astronautics, created to promote international cooperation in astronautics. The academy was unique in that it transcended Cold War barriers. Malina made numerous contributions to rocketry during his career, including the theory of constant-thrust long-duration solid fuel rocket motors, development of a safety pressure relief valve for solid propellant rocket motors, and development of a hydrazine-nitric acid fuel, which was used to propel the Apollo Service and Lunar Excursion Modules. 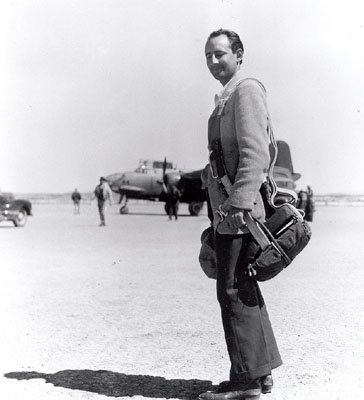 This 1942 photo of Malina with his parachute was most likely taken at Muroc, California, during the testing of liquid propellant Jet-Assisted Take-off Units (JATOs) on an A-20a aircraft. 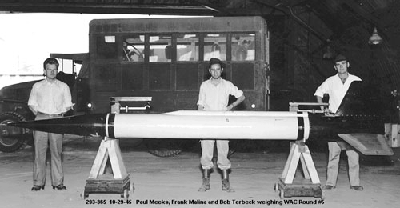 WAC Corporal round 5 being weighed by Paul Meeks, Frank Malina and Bob Terbeck. 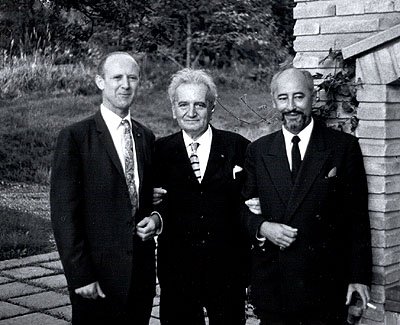