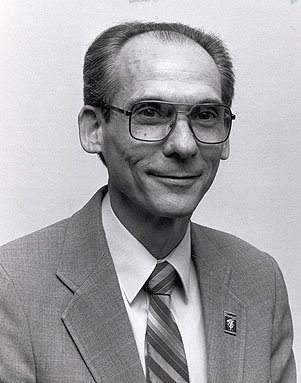 Edward C. Stone is an internationally known physicist who has served as project scientist for the Voyager program from 1972 to the present. As a graduate student at the University Chicago, he was inspired to enter the fields of planetary science and space exploration by the launch of Sputnik in 1957.

Stone was born in Knoxville, Iowa, on January 23, 1936. After receiving his undergraduate education at Iowa's Burlington Junior College, Stone attended the University of Chicago where he earned his master's degree and Ph.D. in physics. He then joined the staff of Caltech as a researcher, and became a full faculty member in 1967. In 1972, he became the Voyager project scientist.

Since the launch of the two Voyager spacecraft in 1977, Stone has coordinated the efforts of 11 teams of scientists in their investigations of Jupiter, Saturn, Uranus and Neptune. He also became nationally known as the JPL public spokesman during the planetary flybys, explaining the Voyager's scientific discoveries to the public. Highlights of his decade of leadership include Galileo's five-year orbital mission to Jupiter, the launch of Cassini to Saturn, the launch of Mars Global Surveyor and a new generation of Earth science satellites such as TOPEX/Poseidon and SeaWinds, and the successful Mars Pathfinder landing in 1997. Stone retired from JPL in April of 2001 and is currently working full-time at Caltech, teaching and doing research.

In the late 1980s through the 1990s, Stone served as vice chairman and chairman of the Board of Directors of the California Association for Research in Astronomy, which is responsible for building and operating the W.M. Keck Observatory with its two ten-meter telescopes on Mauna Kea, Hawaii. He also served as Director of the W.M. Keck Foundation.

In addition to becoming a member of the National Academy of Sciences in 1984, Stone has been recognized with numerous awards, among them the NASA Distinguished Service Medal and National Medal of Science. 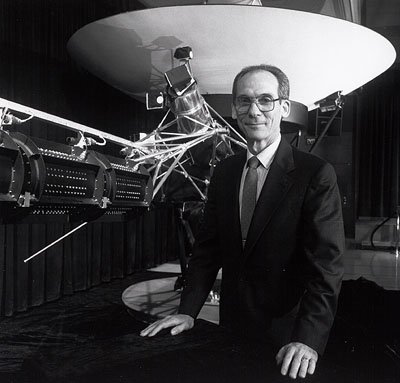 In 1972, Ed Stone became the Voyager Project Scientist. Twenty years later, both Voyager spacecraft were still operating, and this photo was taken in front of a full-scale model of the spacecraft, after Stone had been Director of JPL for about one year. 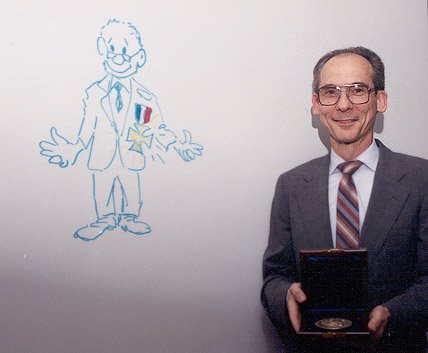 Stone earned the National Medal of Science in March 1992. A proud colleague of Stone's captured the momentous event on whiteboard with markers. 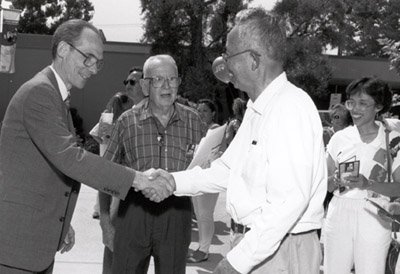 Dr. Stone circulated through the crowd at a JPL Open House, meeting employees and visitors. Of note, immediately to the right of Stone, in the center of the picture, is Apollo Milton Olin (also known as A.M.O., or "Amo") Smith. Smith was an associate of Frank Malina and involved with rocket testing in the early days of JPL.