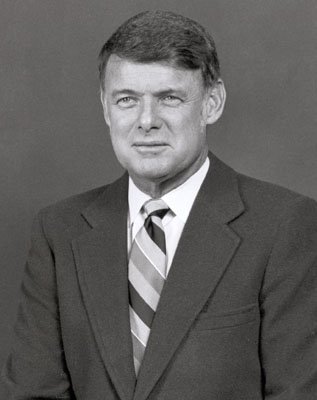 Bruce C. Murray predicted that missions would become smaller, faster and cheaper in the 1970s before "faster, better, cheaper" became a NASA slogan. As JPL Director, he was an ambitious visionary dedicated to planetary science and exploration. Born in New York City, on November 30, 1931, he earned his Ph.D. in Geology from the Massachusetts Institute of Technology (MIT) in 1955. He was geologist for Standard Oil from 1955-1958, served in the US Air Force, and joined the Caltech faculty in 1960.

He succeeded William H. Pickering in April 1976 as JPL Director. During his tenure as JPL Director, Viking landed on Mars and the Voyager spacecraft encountered Jupiter, Saturn and nearby moons. In 1979, Murray, Carl Sagan, and Louis Friedman founded The Planetary Society (TPS). Murray retired as Director in 1982 and returned to Caltech.

He served as Chairman of the Board of Directors of TPS and was Professor Emeritus of Planetary Science and Geology at Caltech, where he taught courses in Planetary Surfaces and supervised graduate student research. He was a member of the scientific teams for the Mars Polar Lander and Deep Space 2 microprobes that were lost in December of 1999, and for the very successful Mars Global Surveyor mission. He died August 29, 2013 at the age of 81. 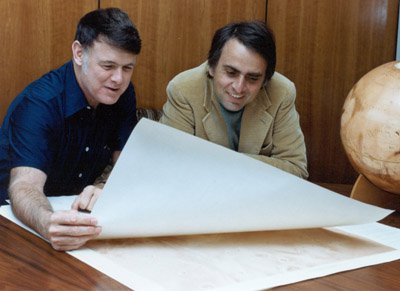 Murray and his friend, Carl Sagan, look at a map of Mars. The picture was taken in 1976 in Murray's office while Sagan was living in Pasadena and working on the Viking mission. 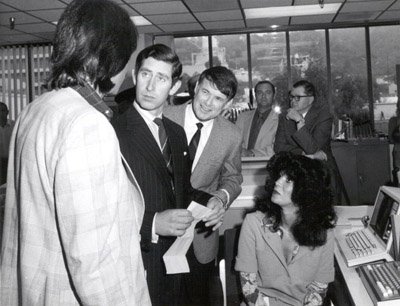 On October 27, 1977, Prince Charles of Wales visited JPL and was given a tour by Director Bruce Murray. Prince Charles sent a direct command to one of the Voyager spacecraft, millions of miles away from Earth, on its journey to Jupiter. 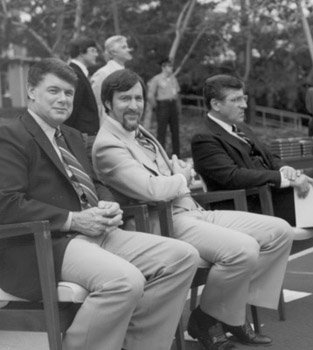