Your 15 Minutes of 'Frame' - from NASA's Cassini 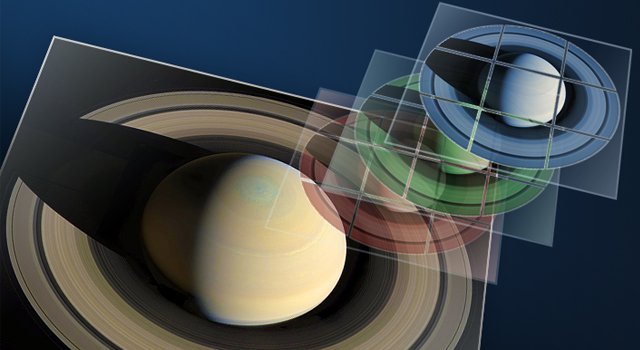 To help mark its 10th anniversary of exploring Saturn, its moons and rings, NASA's Cassini mission invites the public to transform images from the spacecraft for posting on an amateur image page.
Credit: NASA/JPL-Caltech

Members of the public are encouraged to transform Cassini spacecraft images of the Saturn system and share the results on JPL's Cassini Amateur Image page.

Arguably the most photogenic planet in the solar system, Saturn is the sixth planet from the sun and the second largest planet after Jupiter. With its luminous striped surface and stunning ring system, the planet is a wonder to view, especially from orbit, as NASA's Cassini spacecraft has demonstrated since arriving at the Saturn system in 2004.

Over the years, the Cassini mission website has been sharing raw, unprocessed versions of images sent to Earth by the spacecraft. On June 30 (July 1 EDT), Cassini will celebrate 10 years exploring Saturn, its rings and moons. To help mark 10 years in orbit, NASA's Jet Propulsion Laboratory in Pasadena, Calif., has created a special gallery on the Saturn website where members of the public can experience "15 minutes of frame" by submitting their own amateur images made up from image data brought back by Cassini.

With more than a half-dozen images and GIFs already live on the page, users are invited to visit Cassini's raw image database, dig through the treasure trove and create their own digital masterpiece and suggested caption. The submission process is as simple as filling out a form and uploading the image. Guidelines and further information can be found on the Cassini website.

Now that Cassini has completed its first decade of observations, mission planners are looking forward to the next phase, when the spacecrafts's instruments will return additional data and images. The mission will probe the densest part of the geysers spewing from Enceladus, and dive between Saturn and its innermost ring.

As part of the 10-year anniversary celebration, the Cassini team is releasing a video preview of the next four years of the mission: