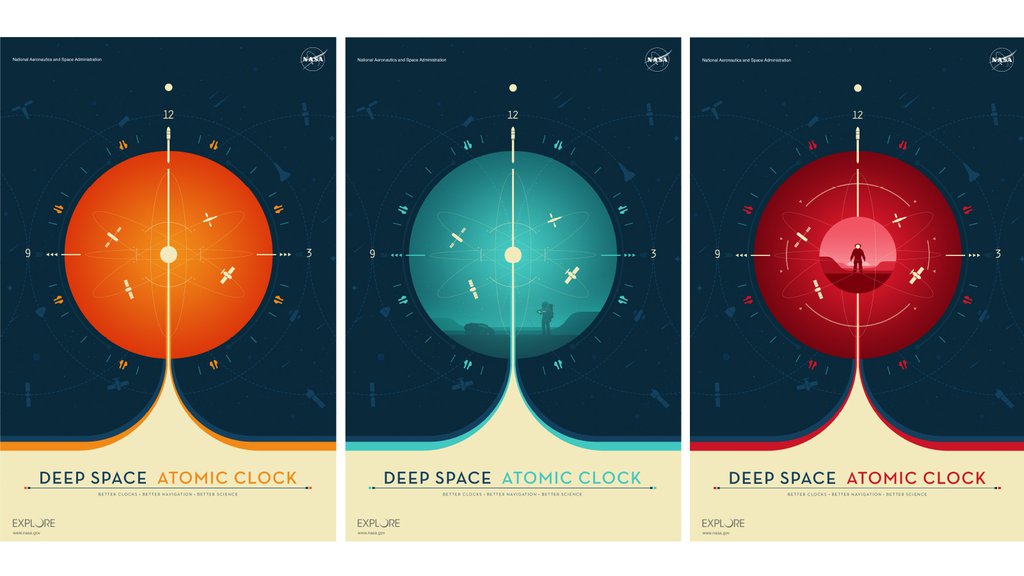 NASA's Deep Space Atomic Clock could be the most stable atomic clock ever flown in space. But what does that mean, and what do clocks have to do with space navigation?

The clock is ticking: A technology demonstration that could transform the way humans explore space is nearing its target launch date of June 24, 2019. Developed by NASA's Jet Propulsion Laboratory in Pasadena, California, the Deep Space Atomic Clock is a serious upgrade to the satellite-based atomic clocks that, for example, enable the GPS on your phone.

Ultimately, this new technology could make spacecraft navigation to distant locations like Mars more autonomous. But what is an atomic clock? How are they used in space navigation, and what makes the Deep Space Atomic Clock different? Read on to get all the answers.

Why do we use clocks to navigate in space?

While it may sound complicated, most of us use this concept every day. The grocery store might be a 30-minute walk from your house. If you know you can walk about a mile in 20 minutes, then you can calculate the distance to the store.

By sending multiple signals and taking many measurements over time, navigators can calculate a spacecraft's trajectory: where it is and where it's headed.

Most modern clocks, from wristwatches to those used on satellites, keep time using a quartz crystal oscillator. These devices take advantage of the fact that quartz crystals vibrate at a precise frequency when voltage is applied to them. The vibrations of the crystal act like the pendulum of a grandfather clock, ticking off how much time has passed.

To know the spacecraft's position within a meter, navigators need clocks with precision time resolution - clocks that can measure billionths of a second.

Navigators also need clocks that are extremely stable. "Stability" refers to how consistently a clock measures a unit of time; its measurement of the length of a second, for example, needs to be the same (to better than a billionth of a second) over days and weeks.

What do atoms have to do with clocks?

By space navigation standards, quartz crystal clocks aren't very stable. After only an hour, even the best-performing quartz oscillators can be off by a nanosecond (one billionth of a second). After six weeks, they may be off by a full millisecond (one thousandth of a second), or a distance error of 185 miles (300 kilometers). That would have a huge impact on measuring the position of a fast-moving spacecraft.

Atomic clocks combine a quartz crystal oscillator with an ensemble of atoms to achieve greater stability. NASA's Deep Space Atomic Clock will be off by less than a nanosecond after four days and less than a microsecond (one millionth of a second) after 10 years. This is equivalent to being off by only one second every 10 million years.

Atoms are composed of a nucleus (consisting of protons and neutrons) surrounded by electrons. Each element on the periodic table represents an atom with a certain number of protons in its nucleus. The number of electrons swarming around the nucleus can vary, but they must occupy discreet energy levels, or orbits.

A jolt of energy - in the form of microwaves - can cause an electron to rise to a higher orbit around the nucleus. The electron must receive exactly the right amount of energy - meaning the microwaves must have a very specific frequency - in order to make this jump.

The energy required to make electrons change orbits is unique in each element and consistent throughout the universe for all atoms of a given element. For instance, the frequency necessary to make electrons in a carbon atom change energy levels is the same for every carbon atom in the universe. The Deep Space Atomic Clock uses mercury atoms; a different frequency is necessary to make those electrons change levels, and that frequency will be consistent for all mercury atoms.

"The fact that the energy difference between these orbits is such a precise and stable value is really the key ingredient for atomic clocks," said Eric Burt, an atomic clock physicist at JPL. "It's the reason atomic clocks can reach a performance level beyond mechanical clocks."

Being able to measure this unchangeable frequency in a particular atom offers science a universal, standardized measurement of time. ("Frequency" refers to the number of waves that pass a particular point in space in a given unit of time. So, by counting waves, it's possible to measure time.) In fact, the official measurement of the length of a second is determined by the frequency needed to make electrons jump between two specific energy levels in a cesium atom.

Atomic clocks are used onboard GPS satellites that orbit the Earth, but even they must be sent updates two times per day to correct the clocks' natural drift. Those updates come from more stable atomic clocks on the ground that are large (often the size of a refrigerator) and not designed to survive the physical demands of going to space.

Up to 50 times more stable than the atomic clocks on GPS satellites, NASA's Deep Space Atomic Clock is intended to be the most stable atomic clock ever flown in space. It achieves this stability by using mercury ions.

Ions are atoms that have a net electric charge, rather than being electrically neutral. In any atomic clock, the atoms are contained in a vacuum chamber, and in some of those clocks, atoms interact with the vacuum chamber walls. Environmental changes such as temperature will then cause similar changes in the atoms and lead to frequency errors. Many atomic clocks use neutral atoms, but because the mercury ions have an electric charge, they can be contained in an electromagnetic "trap" to prevent this interaction from happening, allowing the Deep Space Atomic Clock to achieve a new level of precision.

For missions going to distant destinations like Mars or other planets, such precision makes autonomous navigation possible with minimal communication to and from Earth - a huge improvement in how spacecraft are currently navigated.

Read more: How an Atomic Clock Will Get Humans to Mars on Time