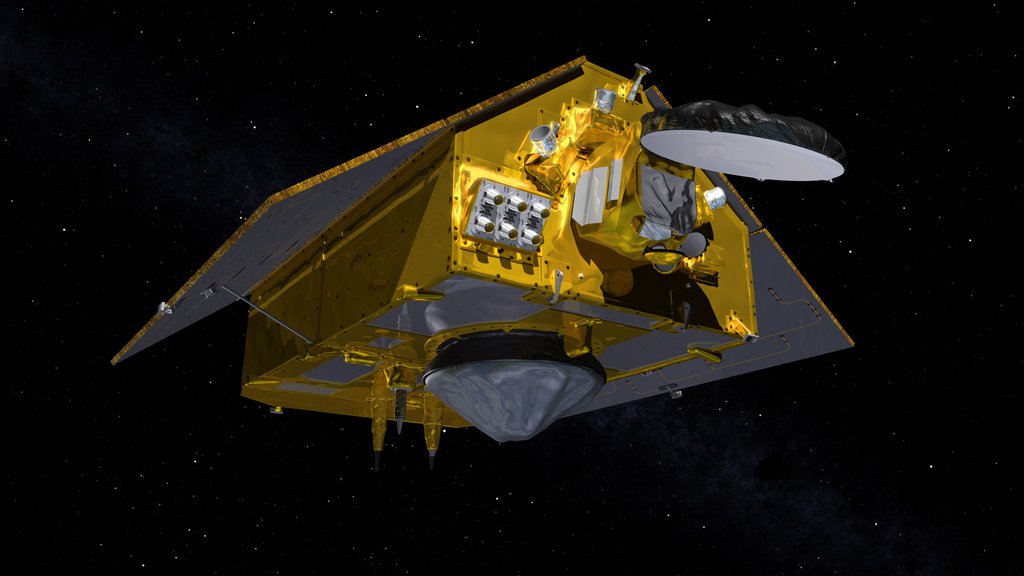 In this illustration, the Sentinel-6 Michael Freilich spacecraft - the world's latest sea-level satellite - is in space with its deployable solar panels extended.

The U.S.-European partnership will track sea level height. Learn more about the mission in this live event.

Officials from NASA and partner agencies will discuss the upcoming launch of the Sentinel-6 Michael Freilich ocean-monitoring satellite during a media briefing at 10 a.m. EDT (7 a.m. PDT), Friday, Oct. 16. The launch is scheduled for Tuesday, Nov. 10. The media briefing will air live on NASA Television and the agency's website, as well as YouTube, Facebook, and Twitter.

The spacecraft is named in honor of Michael Freilich, the former director of NASA's Earth Science Division and tireless advocate for advancing satellite measurements of the ocean. After launching from Vandenberg Air Force Base in central California and once in orbit, the satellite will collect sea level measurements down to a few centimeters across 90% of the world's ocean.

Sentinel-6 Michael Freilich is the first of two Copernicus Sentinel-6/Jason-CS (Continuity of Service) satellites launching five years apart and will extend a nearly 30-year dataset of ocean data. The mission is being developed jointly by ESA (European Space Agency) in the context of the European Copernicus program led by the European Commission, the European Organisation for the Exploitation of Meteorological Satellites (EUMETSAT), NASA, and the National Oceanic and Atmospheric Administration (NOAA), with funding support from the European Commission and contributions from France's space agency, Centre National d'Etudes Spatiales.

Briefing participants, in speaking order, are:

The public may ask questions using the hashtag #SeeingTheSeas on social media during the briefing.