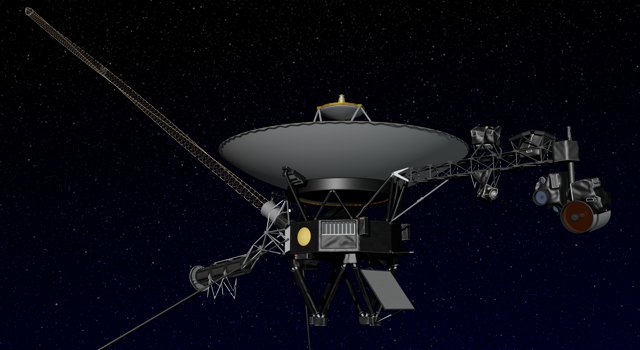 The heater shut-off is a step in the careful management of diminishing electrical power.

PASADENA, Calif. -- In order to reduce power consumption, mission managers have turned off a heater on part of NASA's Voyager 1 spacecraft, dropping the temperature of its ultraviolet spectrometer instrument more than 23 degrees Celsius (41 degrees Fahrenheit). It is now operating at a temperature below minus 79 degrees Celsius (minus 110 degrees Fahrenheit), the coldest temperature that the instrument has ever endured. This heater shut-off is a step in the careful management of the diminishing electrical power so that the Voyager spacecraft can continue to collect and transmit data through 2025.

Scientists and mission managers will continue to monitor the spectrometer's performance. It was very active during Voyager 1's encounters with Jupiter and Saturn, and since then an international team led by scientists in France has been analyzing the spectrometer's data.

This latest heater shut-off was actually part of the nearby infrared spectrometer, which itself has not been operational on Voyager 1 since 1998.

The Voyager spacecraft were built by NASA's Jet Propulsion Laboratory in Pasadena, Calif., which continues to operate both. JPL is a division of the California Institute of Technology in Pasadena. The Voyager missions are a part of the NASA Heliophysics System Observatory, sponsored by the Heliophysics Division of the Science Mission Directorate in Washington. For more information about the Voyager spacecraft, visit: http://www.nasa.gov/voyager and http://voyager.jpl.nasa.gov .