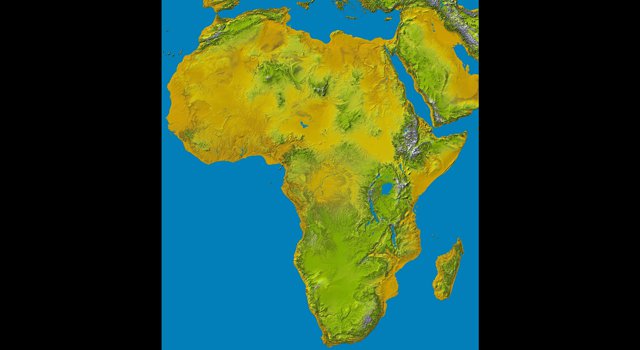 Elevation data at the highest possible resolution from NASA's Shuttle Radar Topography Mission in February 2000 are now being released for the first time for most of the African continent. This color shaded relief image shows the extent of SRTM digital elevation data for Africa.› Full image and caption
Credit: NASA/JPL-Caltech/National Geospatial Intelligence Agency 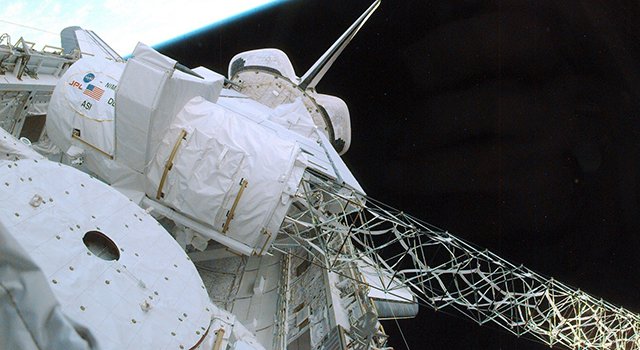 High-resolution topographic data gathered from NASA's space shuttle in February 2000 will be released over the next year to aid global climate resilience.
Credit: NASA 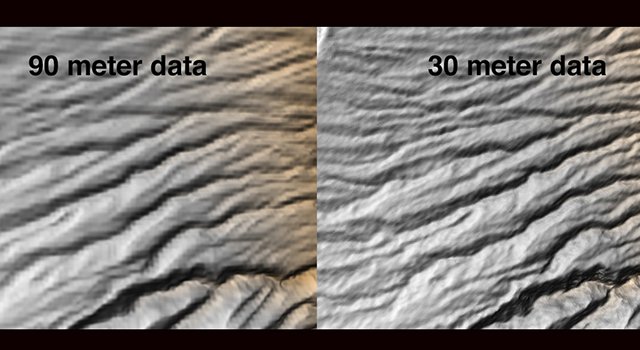 High-resolution topographic data from NASA's Shuttle Radar Topography Mission, previously only available for the United States, will be released globally over the next year.