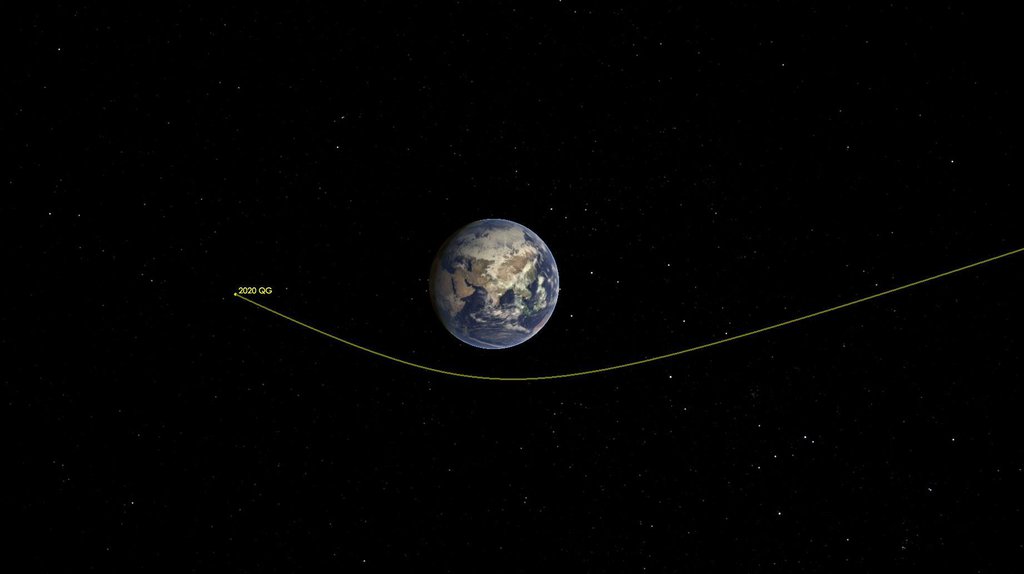 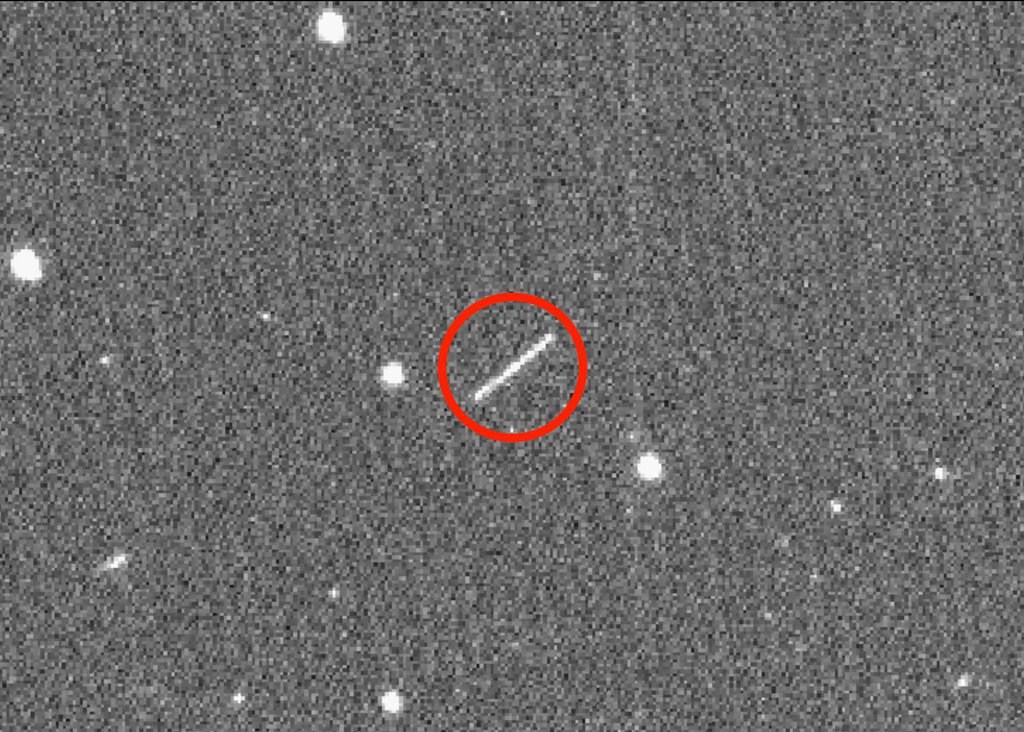 The circled streak in the center of this image is asteroid 2020 QG, which came closer to Earth than any other non-impacting asteroid on record.
Credit: ZTF/Caltech Optical Observatories
Full Image Details

An SUV-size space rock flew past our planet over the weekend and was detected by a NASA-funded asteroid survey as it departed.

At roughly 10 to 20 feet (3 to 6 meters) across, asteroid 2020 QG is very small by asteroid standards: If it had actually been on an impact trajectory, it would likely have become a fireball as it broke up in Earth's atmosphere, which happens several times a year.

By some estimates, there are hundreds of millions of small asteroids the size of 2020 QG, but they are extremely hard to discover until they get very close to Earth. The vast majority of NEAs pass by safely at much greater distances - usually much farther away than the Moon.

"It's really cool to see a small asteroid come by this close, because we can see the Earth's gravity dramatically bend its trajectory," said Paul Chodas, director of the Center for Near-Earth Object Studies (CNEOS) at NASA's Jet Propulsion Laboratory in Southern California. "Our calculations show that this asteroid got turned by 45 degrees or so as it swung by our planet."

Zipping along at almost 8 miles per second (12.3 kilometers per second) - a little slower than average, Chodas noted - 2020 QG was first recorded as just a long streak in a wide-field camera image taken by the Zwicky Transient Facility. The image was taken six hours after the closest point of approach as the asteroid was heading away from Earth. A sky-scanning survey telescope funded by the National Science Foundation and NASA, the Zwicky Transient Facility is based at Caltech's Palomar Observatory in San Diego County. NASA's Near-Earth Object Observations Program funds data processing for NEO detections.

Asteroid 2020 QG enters the record books as the closest known nonimpacting asteroid; many very small asteroids impact our planet every year, but only a few have actually been detected in space a few hours before impacting Earth. On average, an asteroid the size of 2020 QG passes this closely only a few times a year.

In 2005, Congress assigned NASA the goal of finding 90% of the near-Earth asteroids that are about 460 feet (140 meters) or larger in size. These larger asteroids pose a much greater threat if they were to impact, and they can be detected much farther away from Earth, because their rate of motion across the sky is typically much smaller at that distance.

"It's quite an accomplishment to find these tiny close-in asteroids in the first place, because they pass by so fast," Chodas said. "There's typically only a short window of a couple of days before or after close approach when this small of an asteroid is close enough to Earth to be bright enough but not so close that it moves too fast in the sky to be detected by a telescope."

A division of Caltech in Pasadena, JPL hosts CNEOS for NASA's Near-Earth Object Observations Program in NASA's Planetary Defense Coordination Office. More information about CNEOS, asteroids and near-Earth objects can be found at: