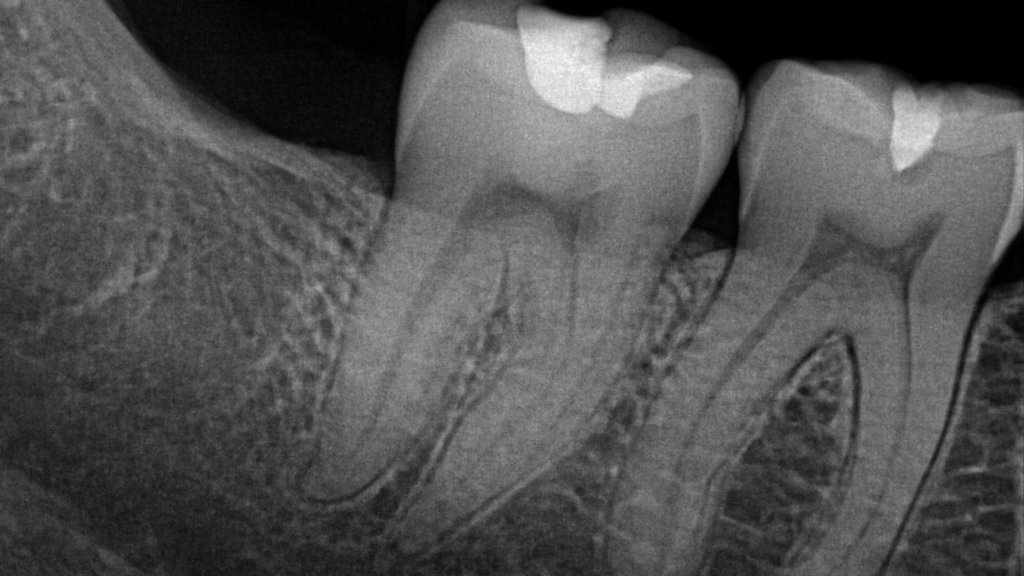 CMOS technology, which grew out of space imaging research at JPL, has made dental X-rays safer, cheaper and easier to process.
Credit: Courtesy of Schick by Sirona.

When sitting in the dentist's chair, few patients think of NASA. But the space agency is there nonetheless, in the sensor that enables high-resolution, digital X-ray imagery that helps the dentist spot problems.

The sensor had its start looking to get images of something quite different: other worlds, and our own, from space.

In the early 1990s, when NASA adopted a "faster, better, cheaper" mantra, engineer Eric Fossum with the agency's Jet Propulsion Laboratory, Pasadena, California, had an idea to achieve that goal for spaceborne imagers.

Fossum wanted to use CMOS -- or complementary metal oxide semiconductor -- technology, which consists of the same microelectronic transistors that have been integral to computer circuitry since the 1960s.

The concept had been explored before and discarded, but enabling technology had advanced considerably in the ensuing decades.

Fossum and his team used well-established CMOS manufacturing processes to make an array of photodetectors, and they were also able to integrate almost all the other camera electronics -- such as timing and control systems, an analog-to-digital converter and signal processors -- onto a single chip.

Thus the "camera on a chip" was born, and the term active pixel sensor (APS) entered the lexicon.

The technology still needed a lot of development, and it wasn't immediately embraced. Aiming to encourage broader use of the CMOS sensors, JPL in the early 1990s shared resources, expertise and equipment with several industry partners, working together to advance and apply the new camera-on-a-chip technology.

Many of these partnerships stalled in those early days. One important one didn't -- with Schick Technologies, then a three-person outfit in Long Island City, New York -- despite Fossum's warnings of the technology's immaturity.

"I was trying to tell [David Schick] it was still an early technology. I couldn't make small pixels," Fossum recalls. "He didn't care."

"As a dental device manufacturer, we were looking at next-generation technology specific to dental imagery, and specifically, radiology," says Stan Mandelkern, vice president of engineering at the original New York headquarters for Schick, which became a subsidiary of Sirona Dental Systems in 2006.

The company saw several potential benefits to CMOS sensors and began working with Fossum and his team to realize them. "There was a lot of back-and-forth between our designers and their engineers" to work out the idiosyncrasies inherent in adapting the technology for X-ray use, Fossum says.

Because most of a camera's electronics are integrated onto the CMOS sensor chip, imaging devices can be smaller than previous technology allowed. With X-ray sensors going inside the mouth, that was a big benefit for patients, says Mandelkern. And, he says, "If you can keep everything on one piece of silicon, you get higher signal integrity at lower power and lower cost."

For the patient, digital X-rays mean lower radiation exposure and images that can be manipulated for more accurate diagnoses and to communicate problems to the patient, Mandelkern says. "That translates directly to better diagnosis and treatment for the patient."

The company's latest development in CMOS is three-dimensional imaging that's being pioneered at Sirona's German location, he says.

Although Sirona still holds an exclusive license to use CMOS-APS technology for dental imaging, "other companies can sublicense to be able to use the technology," Mandelkern says, which many do, including their competitors.

Mandelkern says this success was anything but predictable in the early days of the fledgling company's NASA partnership. "In 1997, looking at this technology at all was very risky and required a higher level of technical awareness than other companies in our industry were able to compete with us on," he says. "That's what our company has always stressed -- innovation and keeping an eye on what's happening in technology and how we can leverage that in our product line."

Fossum credits JPL's cooperative agreements with companies like Schick for turning his experimental technology into successful products. "That program was critical for getting Schick going and for getting us going."