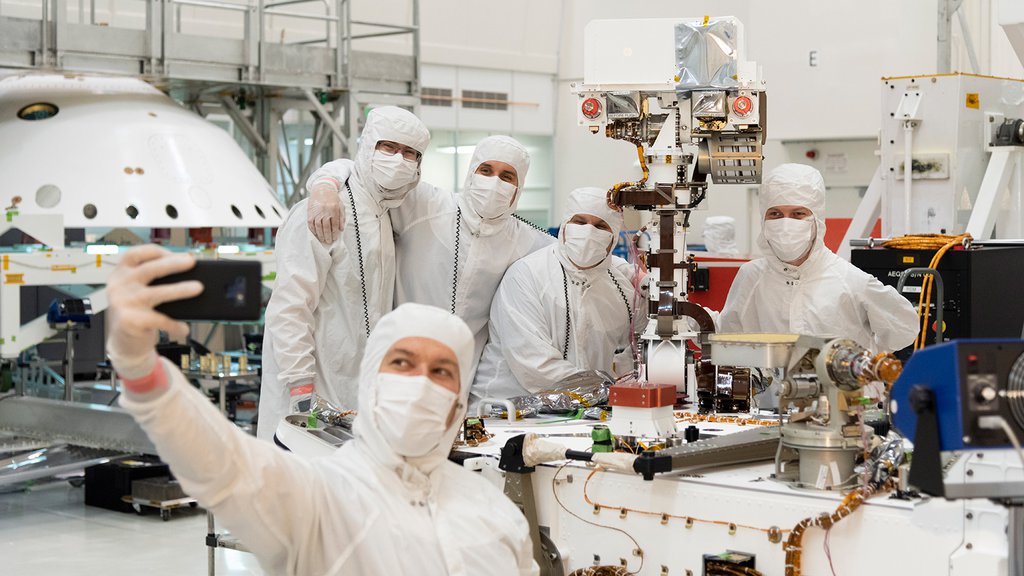 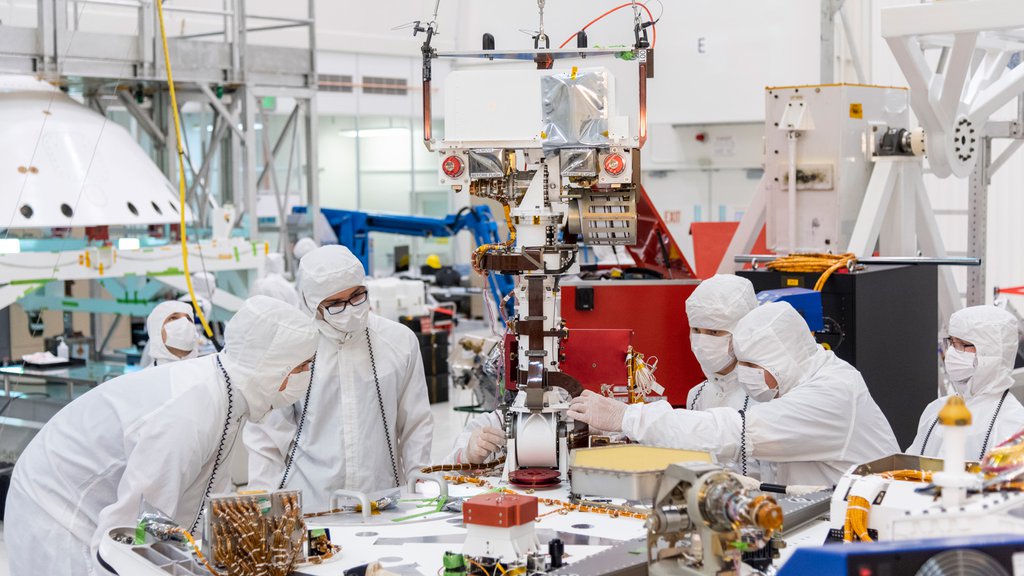 Engineers and technicians at NASA's Jet Propulsion Laboratory in Pasadena, California, install the remote sensing mast on the Mars 2020 rover. The image was taken on June 5, 2019, in the Spacecraft Assembly Facility's High Bay 1 clean room at JPL.› Full image and caption
Credit: NASA/JPL-Caltech

Engineers at JPL take a group selfie after attaching the remote sensing mast to the Mars 2020 rover.

In this image, taken on June 5, 2019, engineers at NASA's Jet Propulsion Laboratory in Pasadena, California, take a moment after attaching the remote sensing mast to the Mars 2020 rover in the Spacecraft Assembly Facility's High Bay 1 clean room. Full integration of the mast - a process that includes installation of science instrument sensors, electrical wiring and checkout - continued into the following week, concluding on June 11.

During Mars 2020's launch, interplanetary cruise, and its fast and fiery descent toward the Martian surface, the mast will be in stowed flat on the rover's deck. Soon after touchdown, the mast (which tops out at over 7 feet, or 2.2 meters) will be raised to provide a high perch for the SuperCam, Mastcam-Z and Mars Environmental Dynamics Analyzerinstruments as well as four Navcam engineering cameras.

In a mission first, the rover carries a sample-caching system that will collect Martian rock and soil samples and store them on the planet's surface for retrieval and return to Earth by subsequent missions. Mars 2020 will also be the first spacecraft in the history of planetary exploration with the ability to accurately retarget its point of touchdown during the landing sequence - technology that could prove essential to future crewed missions to the Moon and Mars.