The Launch Is Approaching for NASA's Next Mars Rover, Perseverance 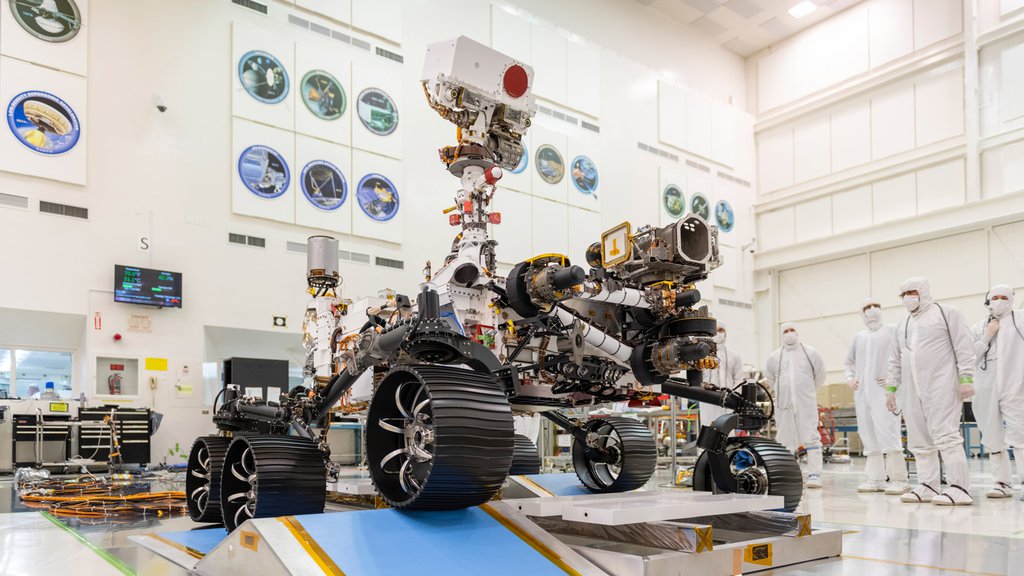 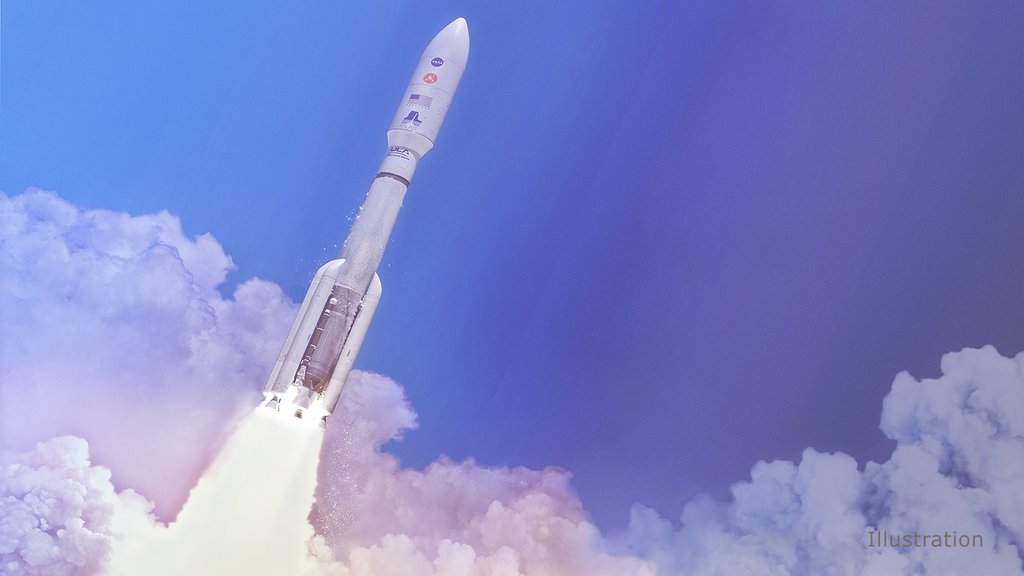 In this artist's concept, a two-stage United Launch Alliance Atlas V launch vehicle speeds the Mars 2020 spacecraft toward the Red Planet. This will be NASA's fifth Mars launch on an Atlas V, which stands at 197 feet (60 meters) tall.› Full image and caption
Credit: NASA/JPL-Caltech 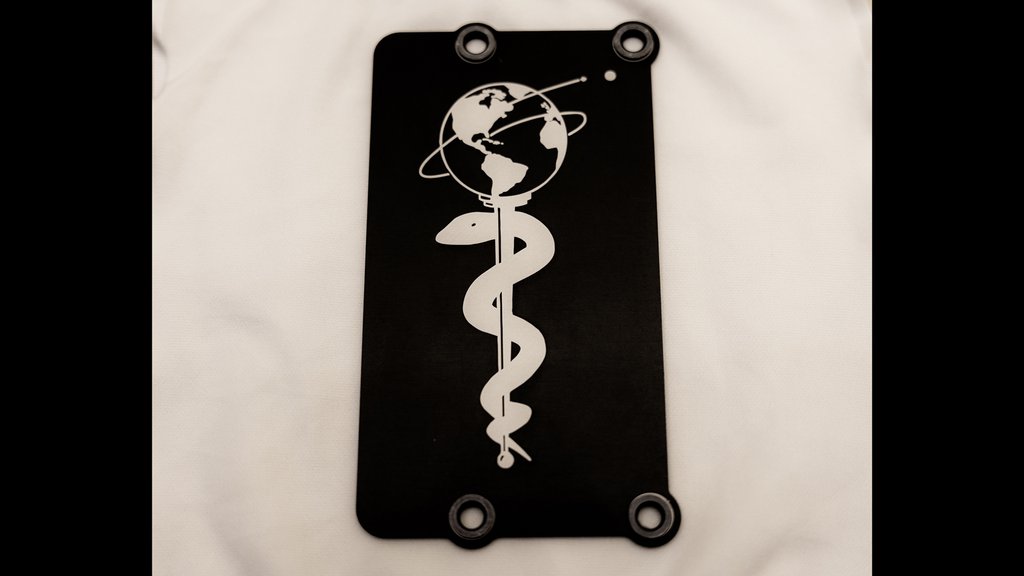 Attached to the Perseverance Mars rover, this 3-by-5-inch (8-by-13-centimeter) aluminum plate commemorates the impact of the COVID-19 pandemic and pays tribute to the perseverance of healthcare workers around the world.› Full image and caption
Credit: NASA/JPL-Caltech 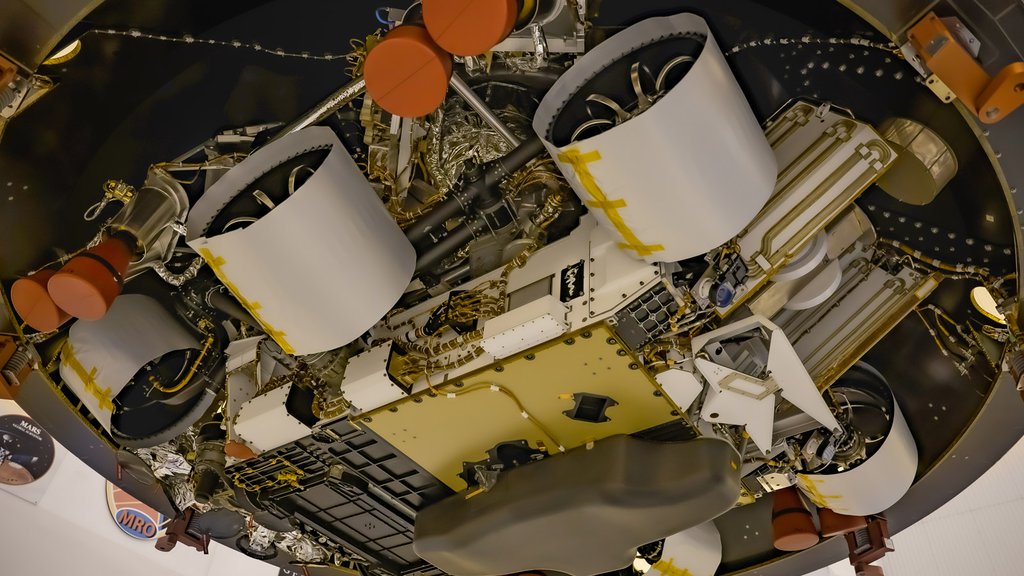 Seen from below, NASA's the Mars 2020 Perseverance rover bears a plaque to the right of its middle wheel. Featuring a snake-entwined rod to symbolize healing and medicine, it commemorates the impact of the COVID-19 pandemic and honors the perseverance of healthcare workers around the world.› Full image and caption
Credit: NASA/JPL-Caltech 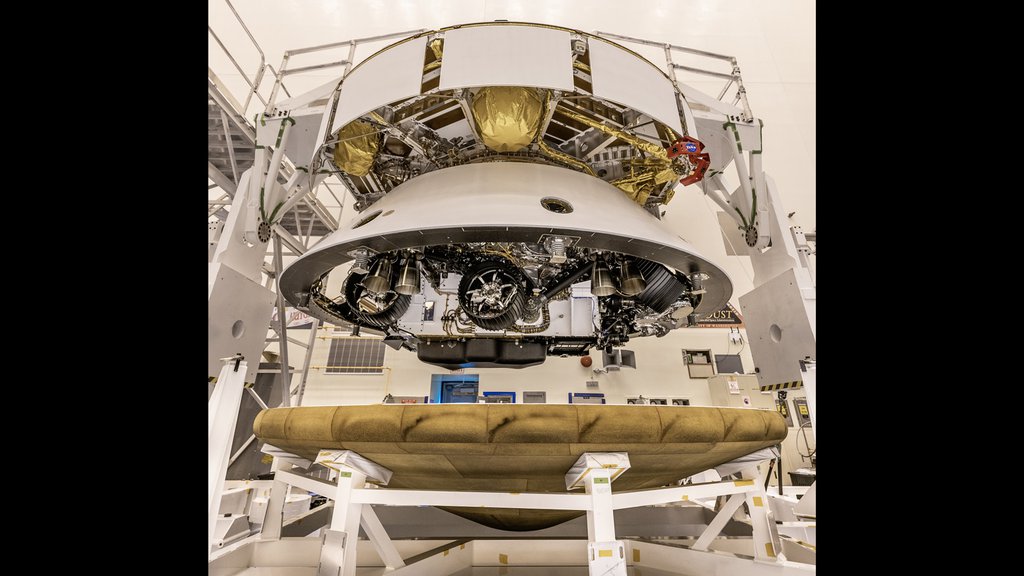 The Mars 2020 Perseverance rover mission's disk-shaped cruise stage sits atop the back shell, which contains the powered descent stage and Perseverance rover. The brass-colored heat shield below is about to be attached in this image taken on May 28, 2020, at Kennedy Space Center in Florida.› Full image and caption
Credit: NASA/JPL-Caltech/KSC

The Red Planet's surface has been visited by eight NASA spacecraft. The ninth will be the first that includes gathering Mars samples for future return to Earth.

NASA's Perseverance Mars rover is just over a month from its July 20 targeted launch date. The rover's astrobiology mission will seek signs of past microscopic life on Mars, explore the geology of the Jezero Crater landing site, and demonstrate key technologies to help prepare for future robotic and human exploration. And the rover will do all that while collecting the first samples of Martian rock and regolith (broken rock and dust) for return to Earth by a set of future missions.

NASA leadership and JPL scientists and engineers previewed the upcoming Mars 2020 mission in a news briefing on Wednesday, June 17 (90 minutes).

"Fifty-one years ago today, NASA was deep into final preparations for the first Moon landing," said NASA administrator Jim Bridenstine. "Today we stand at the threshold of another monumental moment in exploration: sample collection at Mars. As we celebrate the heroes of Apollo 11 today, future generations may well recognize the women and men of Perseverance - not only for what they will achieve 100 million miles from home, but for what they were able to accomplish on this world on the road to launch."

The Mars 2020 mission has been slated to liftoff this summer ever since the agency announced the project in December 2012. Owing to the relative positions of Earth and Mars to each other, launch opportunities come up only every 26 months. If Perseverance didn't head to Mars this summer, the project would have to wait until September 2022 to try again, seriously impacting the long-term objectives of NASA's Mars Exploration Program and increasing overall mission risk.

Recognizing the impact of COVID-19 on the nation and the world, the Mars 2020 team created the COVID-19 Perseverance Plate, which will ride to Mars mounted on the side of the rover. The plate pays special tribute to health care workers.

Significant challenges come with the territory when planning a Mars mission. In the case of Perseverance - the heaviest payload yet to go to the Red Planet - those included implementing an entire test project to confirm the soundness of their parachute design. There was also an extensive effort to hone the performance of the rover's Sample Caching System, the most complex and the cleanest mechanism ever sent into space. But of all the hurdles faced by the men and women of Perseverance, the coronavirus pandemic provided the greatest challenge, with safety precautions requiring much work to be done remotely.

"The team never wavered in its pursuit of the launch pad," said Michael Watkins, director of NASA's Jet Propulsion Laboratory in Southern California. "It was through their dedication and the help of other NASA facilities that we have made it this far."

Amid the added strain of staying on schedule while incorporating additional precautions - and keeping friends, families and colleagues safe - the Mars 2020 mission team has been acutely aware of the dedication and hard work of people in the medical community around the world during the pandemic. With them in mind, the mission installed a plate on the left side of the rover chassis, between the middle and rear wheels. The graphic on the 3-by-5-inch (8-by-13-centimeter) aluminum plate depicts Earth, supported by the medical community - represented by the ancient symbol of the serpent-entwined rod. A line depicting a spacecraft's trajectory rises from Central Florida toward Mars, represented as a small dot in the background.

"We wanted to demonstrate our appreciation for those who have put their personal well-being on the line for the good of others," said Matt Wallace, Perseverance deputy project manager at JPL. "It is our hope that when future generations travel to Mars and happen upon our rover, they will be reminded that back on Earth in the year 2020 there were such people."

All the major spacecraft components of the rover mission (from the aeroshell and descent stage to the cruise stage and rover) are now in the configuration they will be in on the launch pad at Kennedy Space Center in Florida. Later this week, they'll be enclosed in the payload fairing that will protect them during launch. Next week, the fairing and spacecraft will be transported to Space Launch Complex 41, where they'll be attached to the top of a United Launch Alliance Atlas V rocket.

"The mission has one launch, 314 million miles of interplanetary space and seven minutes of terror to get safely onto the surface of Mars," said Lori Glaze, director of NASA's Planetary Science Division. "When we see the landscape at Jezero Crater for the first time and we truly begin to realize the scientific bounty before us, the fun really begins."

The Perseverance rover's astrobiology mission will search for signs of ancient microbial life. It will also characterize the planet's climate and geology, pave the way for human exploration of the Red Planet, and be the first planetary mission to collect and cache Martian rock core and dust samples. Subsequent missions, currently under consideration by NASA (in conjunction with the European Space Agency), would send spacecraft to Mars to collect these cached samples from the surface and return them to Earth for in-depth analysis.

No matter what day Perseverance lifts off during its July 20 to Aug. 11 launch period, it will land in Mars' Jezero Crater on Feb. 18, 2021. Targeting landing for one specific date and time helps mission planners better understand lighting and temperature at the landing site, as well as the location of Mars-orbiting satellites tasked with recording and relaying spacecraft data during its descent and landing.