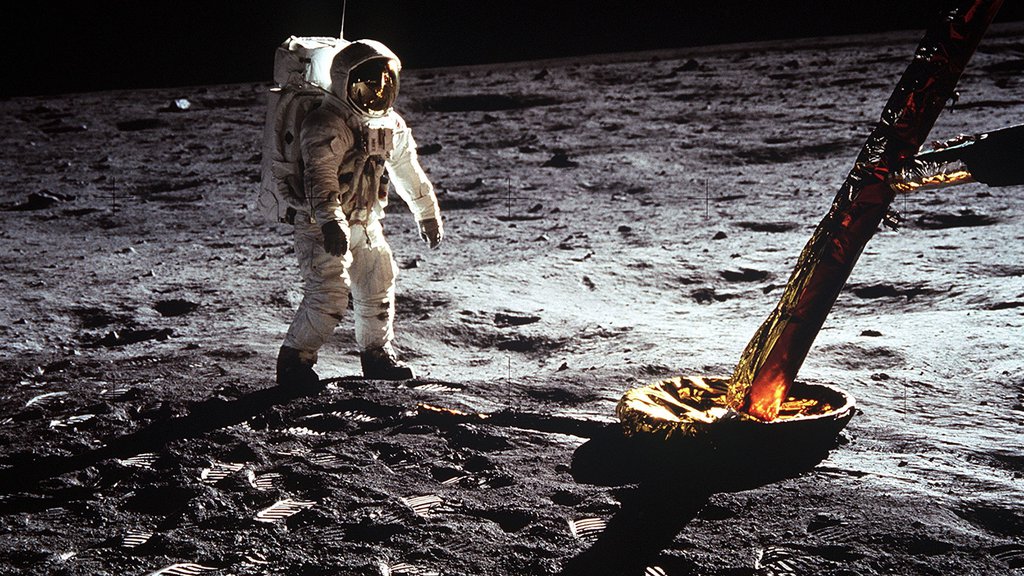 Astronaut Edwin E. Aldrin Jr., lunar module pilot, walks on the surface of the Moon near a leg of the Lunar Module during the Apollo 11 extravehicular activity (EVA) on July 20, 1969. Astronaut Neil A. Armstrong, Apollo 11 commander, took this photograph with a 70mm lunar surface camera. The astronauts' bootprints are visible in the foreground. While astronauts Armstrong and Aldrin descended in the Lunar Module Eagle to explore the Sea of Tranquility region of the Moon, astronaut Michael Collins, command module pilot, remained with the Command and Service Modules Columbia in lunar orbit. 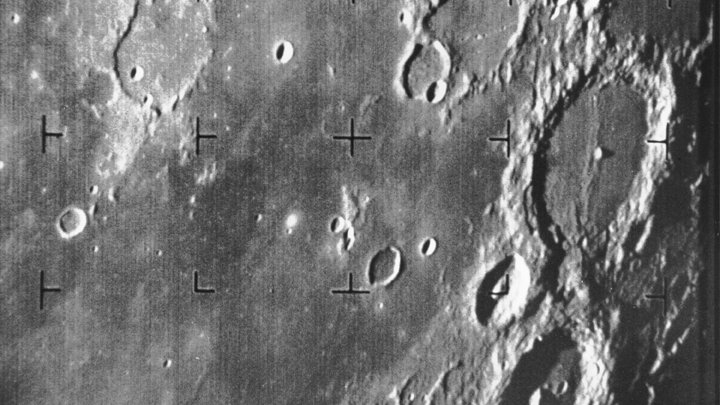 Portion of first Moon photo by a U.S. spacecraft, Ranger 7, on July 31, 1964, about 17 minutes before it successfully collided with the lunar surface. The Ranger missions helped with Apollo landing-site selection.› Full image and caption
Credit: NASA/JPL 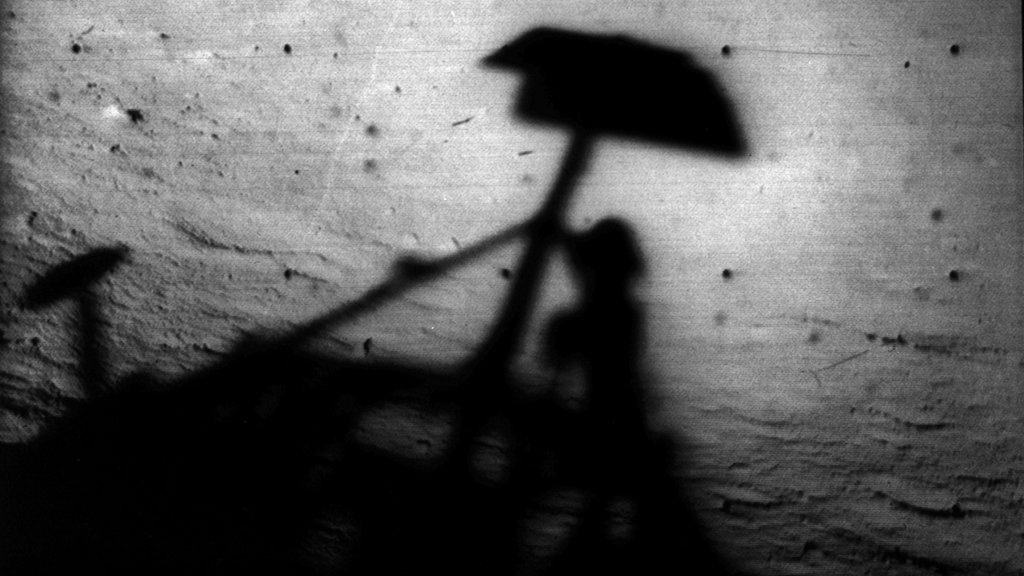 Surveyor 1's shadow against the Moon's surface in late lunar afternoon; horizon at upper right. The spacecraft made a successful soft landing on the Moon on June 2, 1966.› Full image and caption
Credit: NASA/JPL 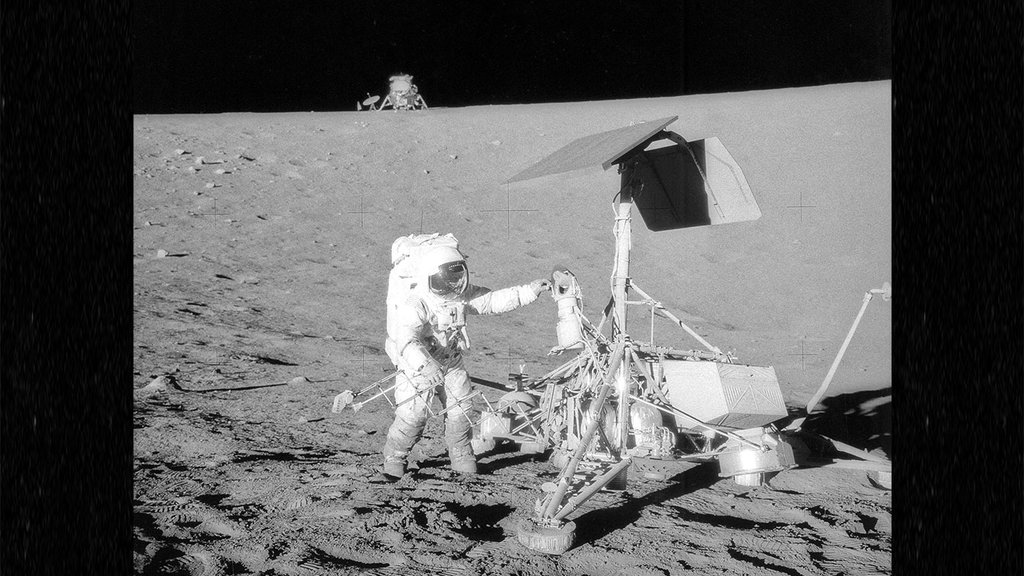 Apollo 12 astronauts Pete Conrad (pictured) and Alan Bean visit JPL's Surveyor 3 in the Ocean of Storms on November 20, 1969. The Apollo 12 astronauts had visited JPL earlier in the year, in part to try out tools to help remove parts of Surveyor 3 to return to Earth. Surveyor 3's camera now resides in the National Air and Space Museum in Washington, and its soil sampler scoop is on display in JPL's Visitor Center. › Larger view

How work by NASA's Jet Propulsion Laboratory helped pave the way for the Apollo missions.