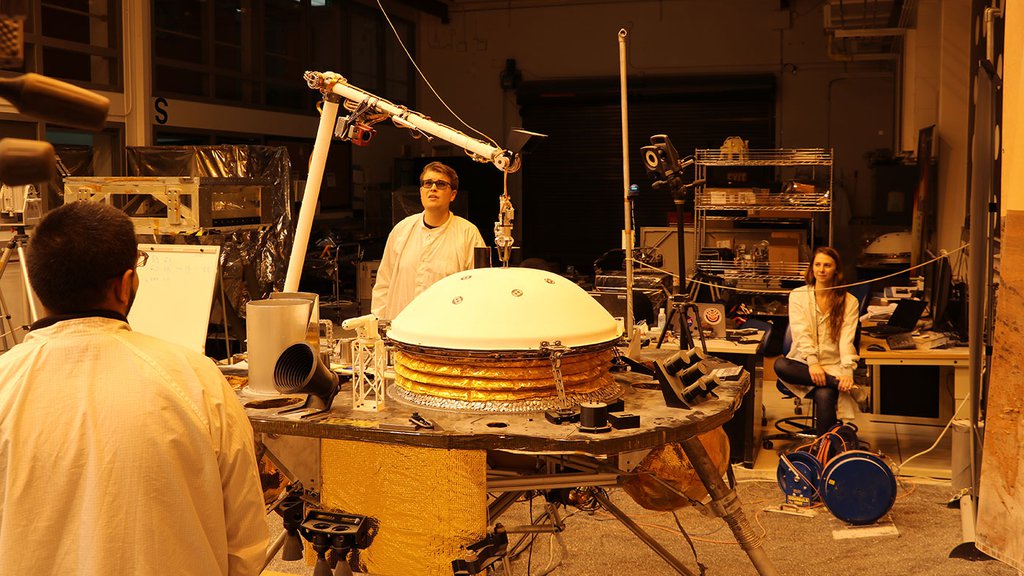 NASA's InSight mission tests an engineering version of the spacecraft's robotic arm in a Mars-like environment at NASA's Jet Propulsion Laboratory. The five-fingered grapple on the end of the robotic arm is lifting up the Wind and Thermal Shield, a protective covering for InSight's seismometer. The test is being conducted under reddish "Mars lighting" to simulate activities on the Red Planet.› Full image and caption
Credit: NASA/JPL-Caltech 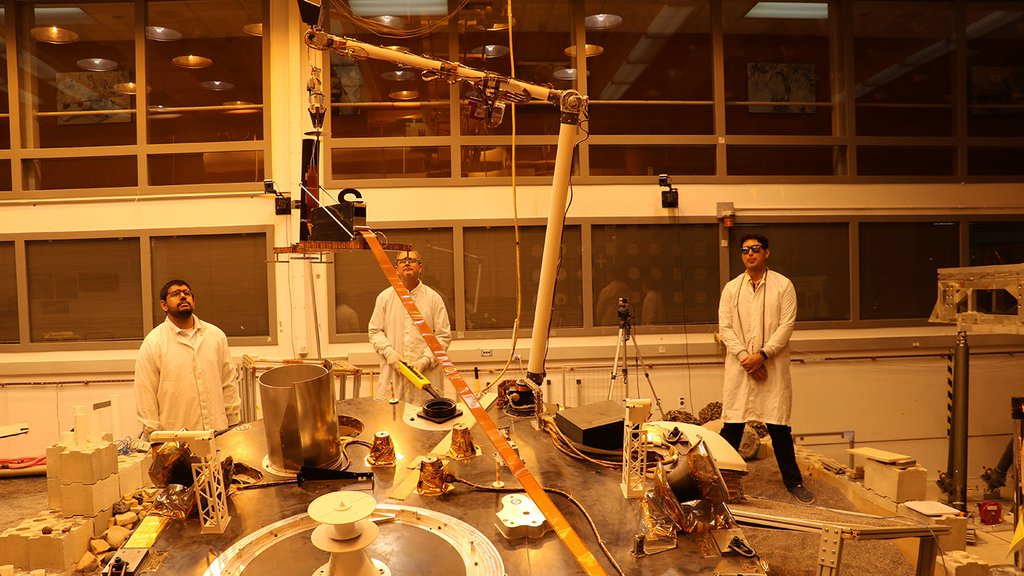 An engineering version of the robotic arm on NASA's InSight mission lifts the engineering version of the Heat Flow and Physical Properties Probe (HP3) at NASA's Jet Propulsion Laboratory. This test was conducted by InSight team members in a Mars-like environment, including reddish lighting, to simulate conditions InSight will encounter on the Red Planet. The orange tape-like tail behind HP3 is a tether that connects the HP3 support structure to the instrument's back-end electronics box on the lander.› Full image and caption
Credit: NASA/JPL-Caltech

InSight, slated to land on Mars Nov. 26, 2018, will be the first mission to use a robotic arm to grasp instruments and release them into place on another planet.