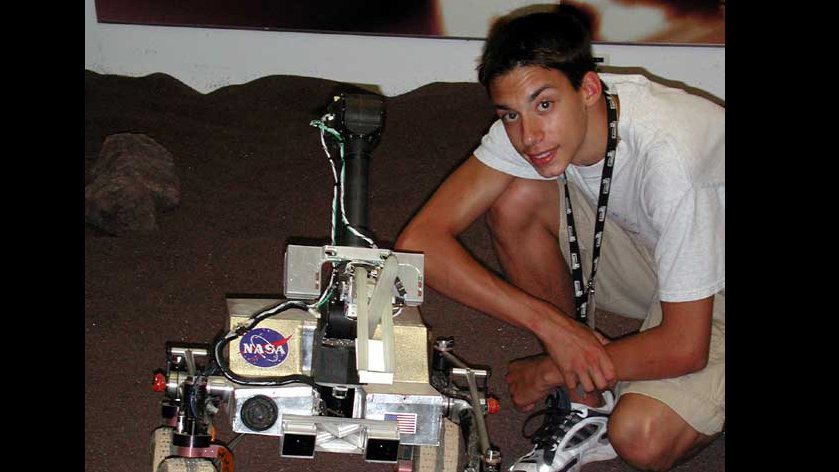 R.J. Gross with a rover. 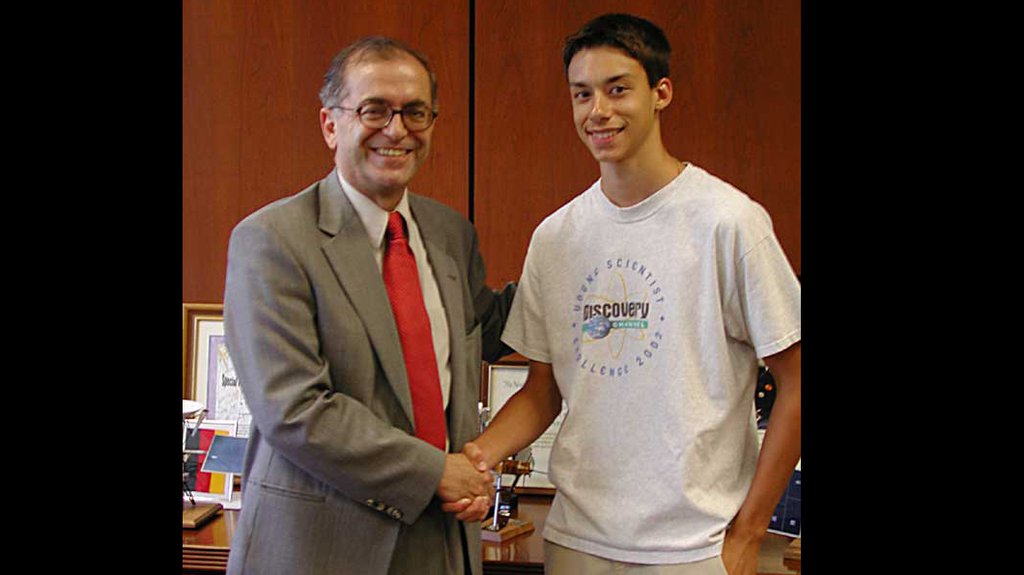 Many visitors to Southern California have Disneyland on their itinerary. So when R.J. Gross and his family made their way here from Pennsylvania earlier this month, the Happiest Place on Earth was definitely a target destination.

Many visitors to Southern California have Disneyland on their itinerary. So when R.J. Gross and his family made their way here from Pennsylvania earlier this month, the Happiest Place on Earth was definitely a target destination.

This wasn't the priority for R.J., however. As a matter of fact, the 15-year-old aspiring robotics engineer chose JPL as his destination after winning the Discovery Channel's Science Challenge, a national middle-school science contest, that allowed him to choose a "dream science vacation" anywhere in the United States.

Gross' entry in a regional science fair about the effect of light-emitting diodes on planaria regeneration caught the attention of the Discovery Channel, which offered him an application in the contest. Out of 4,000 entries, Gross was selected as a finalist, competing among 40 students in Washington, DC.

A 250-word essay about his dream science trip sealed his and his family's first visit to the west coast.

Gross calls robotics his hobby. He said his recent efforts have produced homemade paintball guns and an autonomous machine that can go through a maze, extinguish a candle and return to its starting point.

"I love robotics," Gross said. "When I looked for a place to go, I chose JPL because they're at the frontier of new robotics, paving the way for the future."

Gross, joined by his father, Roy, visited the Lab Aug. 11-12 for a special tour of JPL, and the teenager certainly got his fill of what robotics is all about. At the Mars Yard, rover integration and test engineer Jessica Collisson showed off the full-scale models of the Mars Exploration Rovers. Terry Huntsberger showed him robots in development that walk up inclines. "Those walking robots were ingenious," R.J. said. "Mind boggling."

He was also somewhat surprised, and delighted, to learn that the Lab is so much more than robotics. He visited with oceanographer Dr. Bill Patzert, who explained JPL's Earth-imaging satellites. "It's interesting how they integrate science and robotics to find El Niño," Gross said. His visit also included the Spacecraft Assembly Facility and the ion engine test chamber. Before departing, he chatted with JPL Director Dr. Charles Elachi.

Gross and his family, from Lansdale, Pa., a Philadelphia suburb, eventually did see Disneyland and other tourist destinations, but the youth's "behind the scenes" JPL visit stands out.

"I got to go where most people don't get to go," Gross said. "It was really cool."