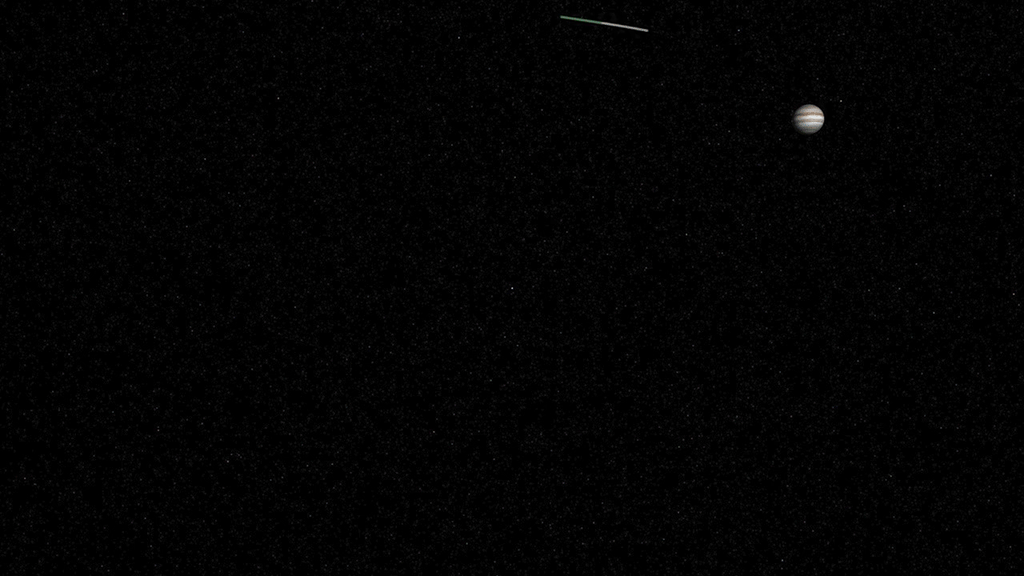 The engineers and scientists working on NASA's Juno mission have been busying themselves, getting their newly arrived Jupiter orbiter ready for operations around the largest planetary inhabitant in the solar system.

The engineers and scientists working on NASA's Juno mission have been busying themselves, getting their newly arrived Jupiter orbiter ready for operations around the largest planetary inhabitant in the solar system. Juno successfully entered Jupiter's orbit during a 35-minute engine burn on Monday, July 4. Confirmation that the burn had completed was received on Earth at 8:53 pm. PDT (11:53 p.m. EDT) that evening.

The Juno team has scheduled a short trajectory correction maneuver on July 13 to refine the orbit around Jupiter.

"Prior to launch five years ago we planned a date and time for the Jupiter orbit insertion burn and the team nailed it," said Rick Nybakken, project manager for Juno from NASA's Jet Propulsion Laboratory in Pasadena, California. "We are in our planned 53.4 day orbit. Now we are focusing on preparing for our fourth and final main engine burn, which will put us in our 14-day science orbit on October 19."

The next time Juno's orbit carries it close by the planet will be on Aug. 27. The flyby is expected to provide some preliminary science data.

"We had to turn all our beautiful instruments off to help ensure a successful Jupiter orbit insertion on July 4," said Scott Bolton, Juno principal investigator from the Southwest Research Institute in San Antonio. "But next time around we will have our eyes and ears open. You can expect us to release some information about our findings around September 1."