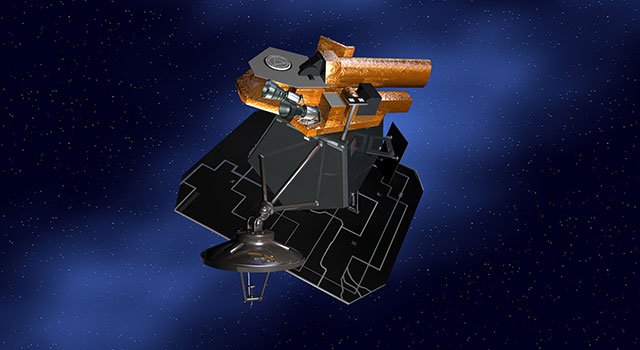 Ground controllers have been unable to communicate with NASA's long-lived Deep Impact spacecraft.

Mission controllers postulate that there was an anomaly generated by the spacecraft's software which left the vehicle's computers in a condition where they are continuously rebooting themselves. If this is the case, the computers would not continue to command the vehicle's thrusters to fire and hold attitude. Lack of attitude hold makes attempts to reestablish communications more difficult because the orientation of the spacecraft's antennas is unknown. It also brings into question the vehicle's electrical power status, as the spacecraft derives its power from a solar array that is fixed, with its cells pointing in one direction.

Deep Impact is history's most traveled deep-space comet hunter. It successfully completed its original mission and a subsequent extended mission.

To date, Deep Impact has traveled about 4.7 billion miles (7.58 billion kilometers) in space.