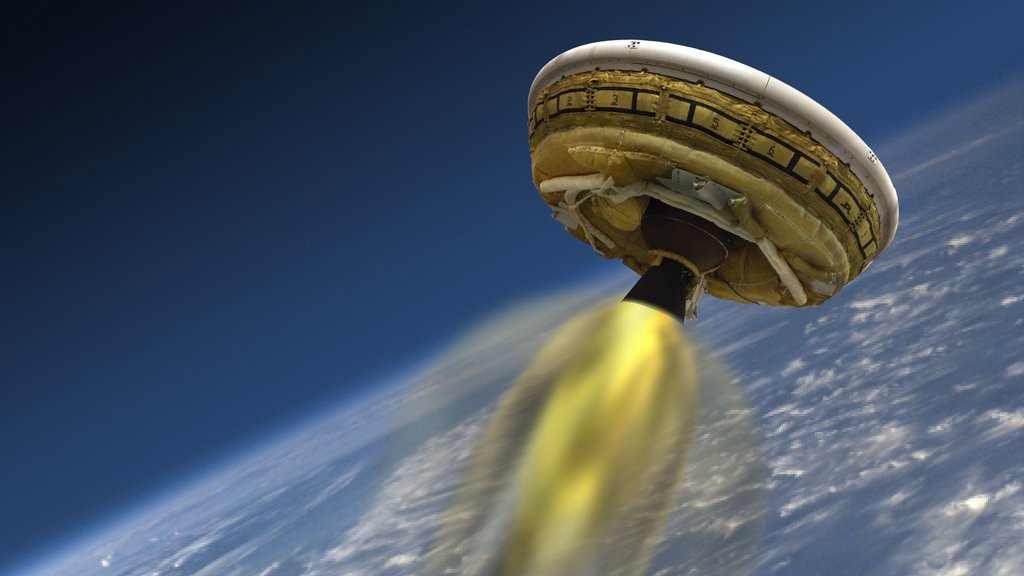 Tune in to a live, interactive broadcast from JPL where a test vehicle for NASA's Low-Density Supersonic Decelerator project is being prepped for its next test flight in June.

The public is invited to tune in to an hour-long live, interactive video broadcast from the gallery above a clean room at NASA's Jet Propulsion Laboratory in Pasadena, California, where this near-space experimental test vehicle is being prepared for shipment to Hawaii. During the broadcast, the 15-foot-wide, 7,000-pound vehicle is expected to be undergoing a "spin-table" test. The event will be streamed live on www.ustream.tv/NASAJPL2 on March 31, from 11:30 a.m. to 12:30 p.m. PDT. JPL's Gay Hill will host the program while LDSD team members will answer questions submitted to the Ustream chat box or via Twitter using the #AskNASA hashtag.

The LDSD crosscutting demonstration mission will test breakthrough technologies that will enable large payloads to be safely landed on the surface of Mars, or other planetary bodies with atmospheres, including Earth. The technologies will not only enable landing of larger payloads on Mars, but also allow access to much more of the planet's surface by enabling landings at higher-altitude sites.

More information about the LDSD space technology demonstration mission is online at:

The LDSD mission is part of NASA's Space Technology Mission Directorate, which is innovating, developing, testing and flying hardware for use in future missions. NASA's technology investments provide cutting-edge solutions for our nation's future. For more information about the directorate, visit: