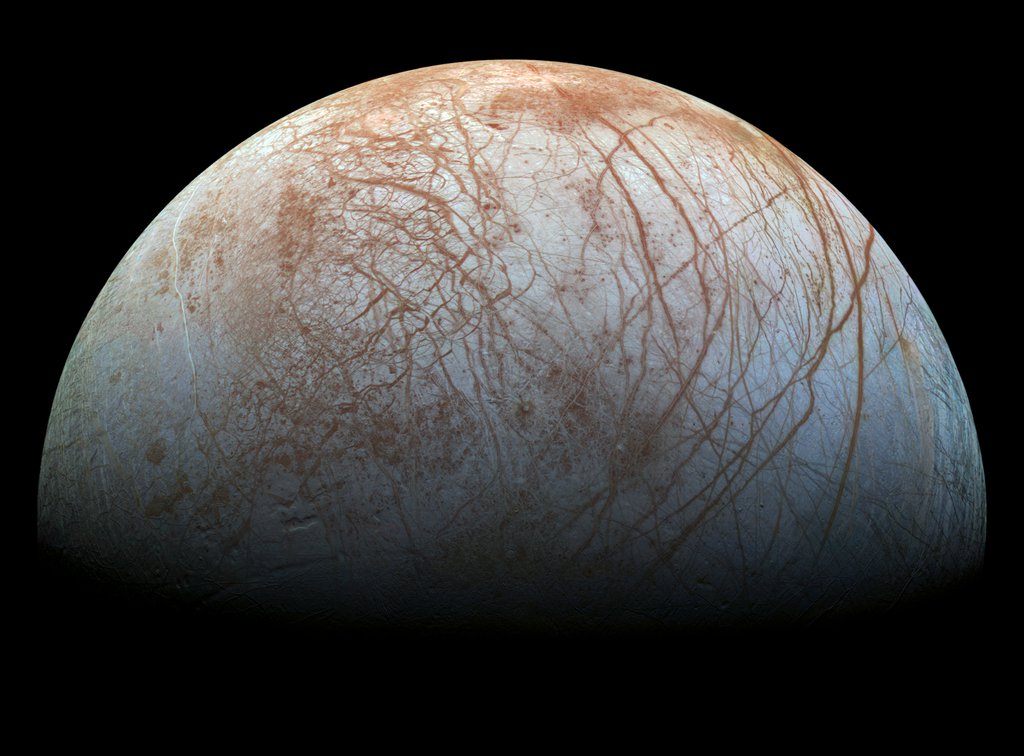 This color view of Jupiter’s moon Europa was captured by NASA’s Galileo spacecraft in the late 1990s. Scientists are studying processes that affect the surface as they prepare to explore the icy body.

Jupiter’s moon Europa and its global ocean may currently have conditions suitable for life. Scientists are studying processes on the icy surface as they prepare to explore.

It’s easy to see the impact of space debris on our Moon, where the ancient, battered surface is covered with craters and scars. Jupiter’s icy moon Europa withstands a similar trouncing – along with a punch of super-intense radiation. As the uppermost surface of the icy moon churns, material brought to the surface is zapped by high-energy electron radiation accelerated by Jupiter.

NASA-funded scientists are studying the cumulative effects of small impacts on Europa’s surface as they prepare to explore the distant moon with the Europa Clipper mission and study the possibilities for a future lander mission. Europa is of particular scientific interest because its salty ocean, which lies beneath a thick layer of ice, may currently have conditions suitable for existing life. That water may even make its way into the icy crust and onto the moon’s surface. 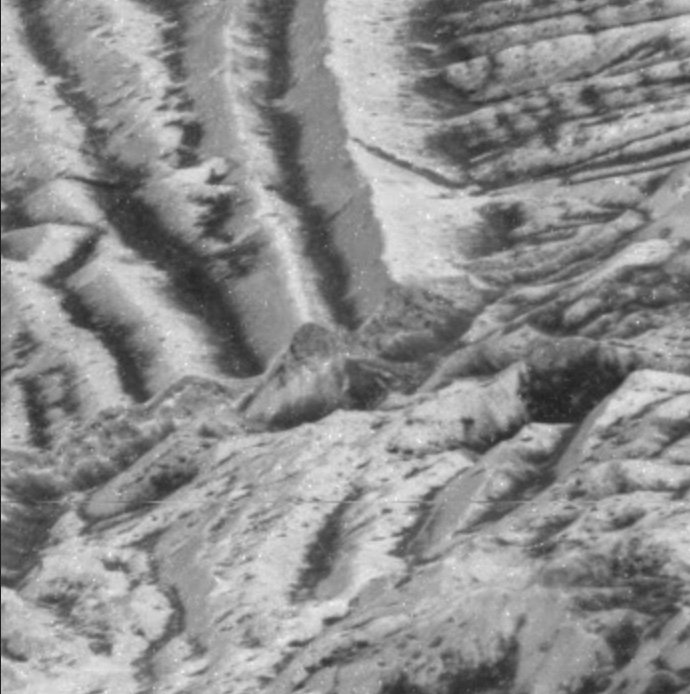 In this zoomed-in image of Europa’s surface, captured by NASA’s Galileo mission, the thin, bright layer, visible atop a cliff in the center shows the kind of areas churned by impact gardening. Credit: NASA/JPL-Caltech Full Image Details

New research and modeling estimate how far down that surface is disturbed by the process called “impact gardening.” The work, published July 12 in Nature Astronomy, estimates that the surface of Europa has been churned by small impacts to an average depth of about 12 inches (30 centimeters) over tens of millions of years. And any molecules that might qualify as potential biosignatures, which include chemical signs of life, could be affected at that depth.

That’s because the impacts would churn some material to the surface, where radiation would likely break the bonds of any potential large, delicate molecules generated by biology. Meanwhile, some material on the surface would be pushed downward, where it could mix with the subsurface.

“If we hope to find pristine, chemical biosignatures, we will have to look below the zone where impacts have been gardening,” said lead author Emily Costello, a planetary research scientist at the University of Hawaii at Manoa. “Chemical biosignatures in areas shallower than that zone may have been exposed to destructive radiation.”

While impact gardening has long been understood to be likely taking place on Europa and other airless bodies in the solar system, the new modeling provides the most comprehensive picture yet of the process. In fact, it is the first to take into account secondary impacts caused by debris raining back down onto Europa’s surface after being kicked up by an initial impact. The research makes the case that Europa’s mid- to high-latitudes would be less affected by the double whammy of impact gardening and radiation.

“This work broadens our understanding of the fundamental processes on surfaces across the solar system,” said Cynthia Phillips, a Europa scientist at NASA’s Jet Propulsion Laboratory in Southern California and a co-author of the study. “If we want to understand the physical characteristics and how planets in general evolve, we need to understand the role impact gardening has in reshaping them.”

Managed by JPL for NASA, Europa Clipper will help develop that understanding. The spacecraft, targeting a 2024 launch, will conduct a series of close flybys of Europa as it orbits Jupiter. It will carry instruments to thoroughly survey the moon, as well as sample the dust and gases that are kicked up above the surface.